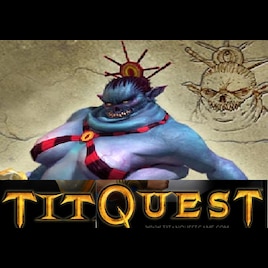 Nappa | Argonil
Offline
See all 22 collections (some may be hidden)

This item has been added to your Subscriptions. Some games will require you to relaunch them before the item will be downloaded.
Description
More loot and more monsters. This mod is a combination of Loot Plus, XMAX, and Awesome Artifacts. You can choose between 8 different spawn settings. The mod supports all DLC and has fixes for DLC boss spawns, but the DLCs aren't required to use the mod. I've put in a lot of effort to integrate the mods with each other and design a good experience. I've also improved all Divine artifacts because they were worse than many Greater artifacts. All credit goes to the original authors. See the links below for details about each mod.

[A Few Bug Fixes And Some More] - Outdated fixes have been updated or removed.
https://steamcommunity.com/sharedfiles/filedetails/?id=2632591258


The following skill changes are inspired by Skill Reworks to some extent, and can be safely overwritten by any mod. Skill Reworks is a great cookie-cutter rework, but I personally prefer to just improve these buffs and their durations, and leave the other skills at their original strength.

Earth: Heat Shield
Heat Shield also lasts 2 hours, and its physical resistance now scales up to 20%. As you might expect, its low burn retaliation damage has been increased, particularly in the Ultimate Levels.

Storm: Energy Shield
Energy Shield lasts 2 hours and adds a moderate amount of Defensive Ability. Its modifier skill "Reflection" now grants up to 20% chance for 1.0-1.5 seconds of Stun Retaliation, and its damage reflection scales to 50% chance of 200% damage reflected.

I recommend x3 for a standard playthrough, or xMax+ if you want maps that are overfilled with 10x mobs, and 5x boss battles that kick your butt. Both x1, x3x1 and xMax- only have 1x bosses that spawn as their highest level variants. You don't need all this gear and exp. to beat just 1 boss so I don't recommend those versions, but they're available. All versions have slightly increased champion and hero spawns.

The mod has system changes from AE, such as support for damage display. The exp. penalty on death is reduced by 20%, and the mod also increases shrine and aura buff radius, so all of your pets and teammates can fit within the buff radius of shrines and auras.

There's a version of this mod without Loot Plus except it keeps the improved item rewards from quests. It can be found here:
https://steamcommunity.com/sharedfiles/filedetails/?id=2789158614

This mod is also available on Nexus Mods:
https://www.nexusmods.com/titanquestanniversaryedition/mods/19

BrandonUzumakiLee Oct 5 @ 12:31pm
Always have to bounce, even when you just exit to main menu (when farming for example).

Only "database mods" don't need that since you replace a game file, but not every mod use this method.

Navy_Spitfire Oct 5 @ 12:03pm
Once I've created a game with my character after loading the mod, do I need to keep going into Custom Game, selecting my fake character so I get the "bounce mod" message, and then click on my real character? Or can I then just go to the "play titan quest" menu and continue from there?

Nappa | Argonil  [author] Oct 3 @ 2:41pm
It does increase spawns in Eternal Embers, but not as much. There generally isn't a difference between x3 and XMAX in EE. In order to fix it you'd have to remake all the spawns in the expansion, which I don't have time for atm. When the developers are done making changes for EE and I have some time on my hands, I might consider it. Don't get your hopes up.

Eaarame Oct 3 @ 8:39am
Its a great mod so far, I have noticed that XMAX does not really work for the eternal embers expansion. The bosses increase, but the enemy mobs do not. Is that something you can fix at all?

Nappa | Argonil  [author] Sep 28 @ 2:45am
It sounds like the developers may have changed the file path for the scorpions. I'll take a look at it later today if I have time. Thank you for reporting it.
< >