Store Page
Dota 2 >  Workshop > SH4R1K's Workshop
This item has been removed from the community because it violates Steam Community & Content Guidelines. It is only visible to you. If you believe your item has been removed by mistake, please contact Steam Support.
This item is incompatible with Dota 2. Please see the instructions page for reasons why this item might not work within Dota 2.
Current visibility: Hidden
This item will only be visible to you, admins, and anyone marked as a creator.
Current visibility: Friends-only
This item will only be visible in searches to you, your friends, and admins. 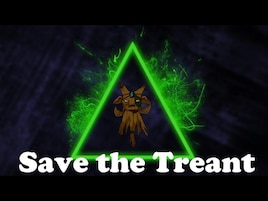 This item has been added to your Subscriptions. Some games will require you to relaunch them before the item will be downloaded.
Description
Basic information
Genre: MOBA
Number of players: 2-10
Goal: Destroy the opponent's tree.

Bosses
On the side of each of the teams there are 4 bosses. After the death of the boss, an item drops out of it, which is used when upgrading items to higher levels. Also, the entire team gets additional gold for killing bosses.

Discord[discord.gg]
Join our discord server.
Here you can offer your idea for customization, report a bug, or just chat.
Popular Discussions View All (1)