Store Page
Cities: Skylines>  Workshop > boformer's Workshop
This item has been removed from the community because it violates Steam Community & Content Guidelines. It is only visible to you. If you believe your item has been removed by mistake, please contact Steam Support.
This item is incompatible with Cities: Skylines. Please see the instructions page for reasons why this item might not work within Cities: Skylines.
Current visibility: Hidden
This item will only be visible to you, admins, and anyone marked as a creator.
Current visibility: Friends-only
This item will only be visible in searches to you, your friends, and admins. 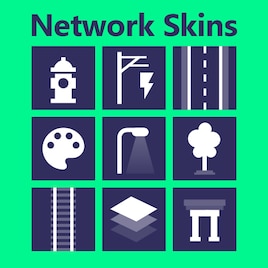 Chamëleon
Offline
See all 14364 collections (some may be hidden)

This item has been added to your Subscriptions. Some games will require you to relaunch them before the item will be downloaded.
Description
Change the visual appearance of roads, train tracks and pedestrian paths per segment.

This is an improved version of the well-known Network Skins mod, developed by TPB and boformer.

Disable the other Network Skins mod before you start using this version!!!

Features
Compatibility
The mod is compatible with...

Please report bugs in the bug report thread linked below! 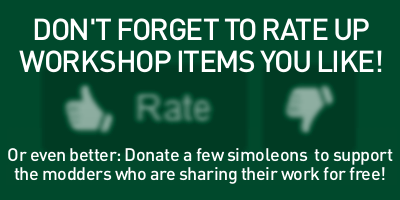 Penny Ready Lasagne Jun 7 @ 12:10pm
i see someone asked for this before, but is this possible yet? "Is there a way to re-paint ALL existing laid network to a single colour?" - this would be the must important thing so this mod can properly replace Road Options / Road Color Changer ++

boformer  [author] Jun 2 @ 1:53pm
if you use my Harmony mod it shouldnt matter if it is enabled or not, as long as it is installed. anyway, good that it's now working

GameswithDuke Jun 2 @ 2:37am
Found the cause was a stupid mistake on my end my bad (didn't enable Harmony)

boformer  [author] Jun 1 @ 6:39am
please load a savegame and send me the output_log

GameswithDuke May 31 @ 10:12am
It seems like the mod doesn't work for me. Options like changing the street lights do not appear for me. I unsubscribed and resubscribed the mod to no avail :(. I does seem like I can see some of the options but the one that is one of the most important to me are not visible. Any help?

boformer  [author] May 28 @ 1:49am
the image doesn't load. but if you are talking about highways, you could probably use a custom highway that uses plain asphalt. thst way junctions will have exactly the same color as segments