Store Page
ARK: Survival Evolved >  Workshop > Jace's Workshop
This item has been removed from the community because it violates Steam Community & Content Guidelines. It is only visible to you. If you believe your item has been removed by mistake, please contact Steam Support.
This item is incompatible with ARK: Survival Evolved. Please see the instructions page for reasons why this item might not work within ARK: Survival Evolved.
Current visibility: Hidden
This item will only be visible to you, admins, and anyone marked as a creator.
Current visibility: Friends-only
This item will only be visible in searches to you, your friends, and admins. 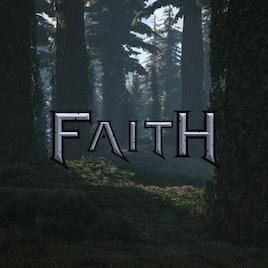 Jace
Offline
See all 383 collections (some may be hidden)

This item has been added to your Subscriptions. Some games will require you to relaunch them before the item will be downloaded.
Description
Mod ID: 1744345732
Map Name: Faith

After killing the King Kaiju on Extinction you cleansed the Earth of Element and Crimson. The ARKs returned back to the surface of the planet in order to reclaim what humanity lost. With the planet cleansed you returned to the only home you remember, The Island. But The Island has changed since then, new inhabitants continued to enter the ARK, the technology advanced, and it became a paradise. Returning home you begin to notice something is wrong, Dead Island is rapidly changing, creatures begin to act unnatural toward people and even themselves. A pocket of Element is soon discovered within the depths of what is now Dead Archipelago, and the ARK immediately goes into lock down, reactivating its shields to protect the rest of the planet. You must save the Earth once again from this treacherous force, with help from none other than Helena herself. Join forces with Helena to fight back the legion of the wicked and cleanse the Earth of Element.

Want more information? I know you do! Join our Discord Server[discord.gg]

Faith will include every single piece of content from every DLC including the newly announced Genesis Season Pass. When the map is completed I will continue to update it as newer DLC comes out. Currently around half the creatures from Scorched Earth are in the map, with a couple Extinction creatures and soon to have Aberration creatures.

gwSenpai007 Jun 8 @ 10:02pm
how is the current development point working? may consider it if it works

Swinaecologist Mar 16 @ 9:38pm
I saw the screenshots and was ecstatic that it looks like potentially the prettiest map ever. Until...

BurnTheUnclean Mar 14 @ 3:08pm
So much potential - until I saw that the volcano's smoke was nothing but giant gray squares floating into the sky. Shame really; a wasted project.

rpicardi1 Jan 18 @ 5:13pm
DrOld tuffymoon; No. It would appear that the author gave up on his original ideas that were very interesting, when the project became plagued with errors. He then reverted the map back to the original Island about two years ago, did some work in the northwest area, then stopped posting updates over a year ago.
< >