Store Page
CryoFall > Guides > AtomicTorch Studio's Guides
This item has been removed from the community because it violates Steam Community & Content Guidelines. It is only visible to you. If you believe your item has been removed by mistake, please contact Steam Support.
This item is incompatible with CryoFall. Please see the instructions page for reasons why this item might not work within CryoFall.
Current visibility: Hidden
This item will only be visible to you, admins, and anyone marked as a creator.
Current visibility: Friends-only
This item will only be visible in searches to you, your friends, and admins.

CryoFall—PvP and PvE differences
By AtomicTorch Studio and 1 collaborators
This guide explains the details and differences between available game modes in CryoFall. 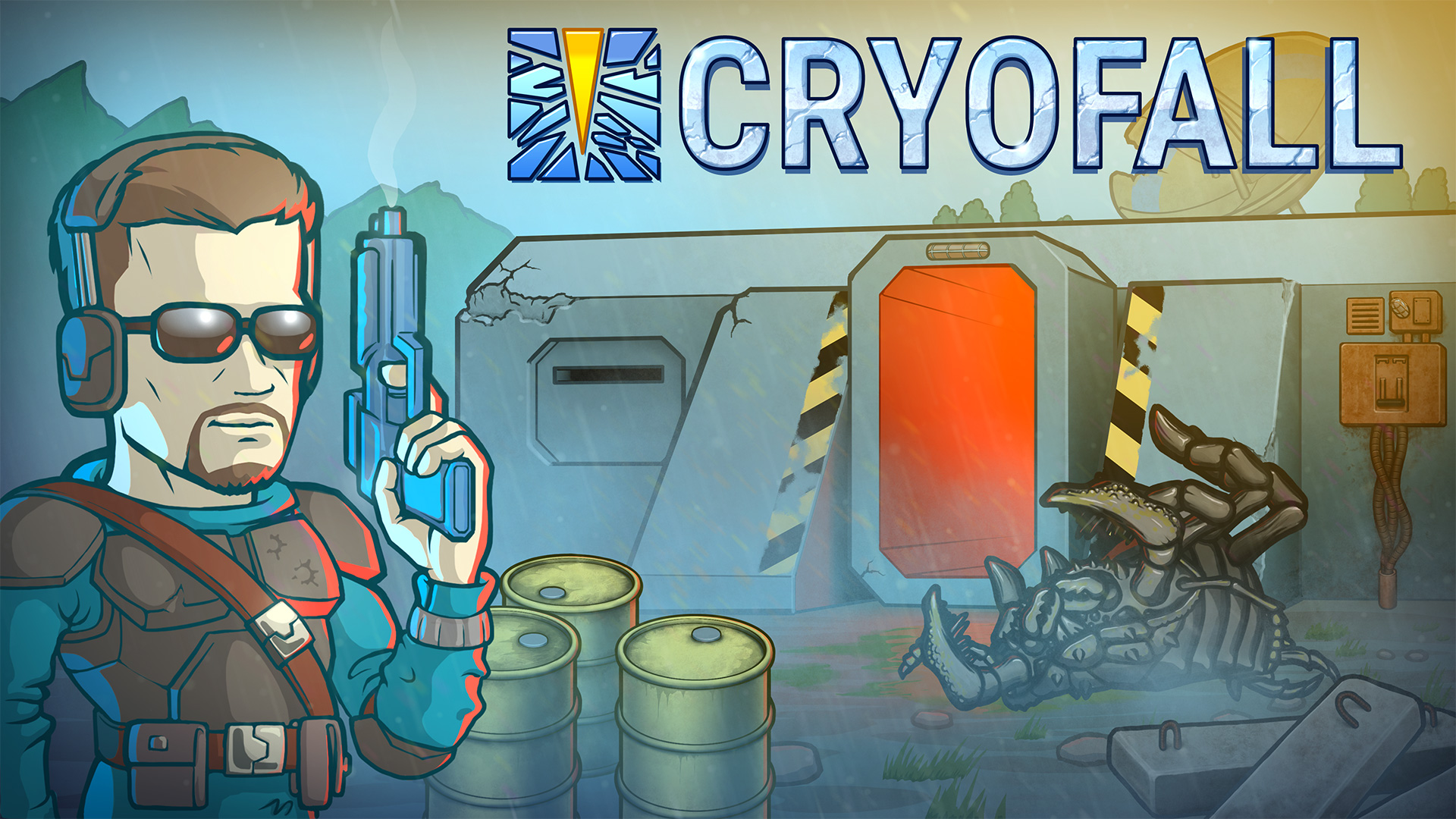 Any server must choose which game mode to run. Official servers usually offer both game modes in all geographic locations, while community server operators can make an individual choice and run their servers as they wish.

PvE game mode is the recommended mode when you first join the game—it will enable you to learn the game in a more relaxed manner. It also functions as a great replacement for the single player mode, but with an added benefit of social interactions. For example, you can run a private store on a PvE server and trade with other players without worrying about your store being raided.

You can find a more detailed game mode described below.
PvP game mode
PvP is the primary game mode of CryoFall.

It's a competitive experience where players are fighting and raiding each other's bases and competing for the control of strategic resources (such as geothermal springs (to extract Lithium) or Petroleum oil deposits) as well as domination of world events such as boss battles.

You're in a constant danger here and it's better to join forces with other players to survive and thrive in such environment.

There are some important mechanics you need to know before joining a PvP server.

Combat
Raiding bases
Resource domination
Misc
PvE game mode
PvE (player versus environment) game mode is intended for a more relaxed and creative experience where players don't have to worry about being killed, robbed, or raided by other players.

You can peacefully expand your base, learn new technology, explore the world and fight with many creatures inhabiting the world of CryoFall. You could participate in various social interactions, such as running a store or joining parties to explore radtowns together as well as world events (meteorite crash, space drop, boss battles, etc.).

PvE is the recommended game mode for all new players. This way you can learn the basics of the game before committing to a more demanding experience of PvP servers.

Please note, however, that it is still multiplayer, so you can definitely expect certain players behaving badly or trying to cause inconveniences or trouble to other players, same as in other multiplayer PvE games. However, CryoFall ensures the ways to do so are as limited as possible! You can block chat with players you don't like, your property is safe from other players even if they get inside your base through the door you forgot to close, and overall, the community is generally very friendly.