Store Page
Left 4 Dead 2>  Workshop > Kvothe Venture's Workshop
This item has been removed from the community because it violates Steam Community & Content Guidelines. It is only visible to you. If you believe your item has been removed by mistake, please contact Steam Support.
This item is incompatible with Left 4 Dead 2. Please see the instructions page for reasons why this item might not work within Left 4 Dead 2.
Current visibility: Hidden
This item will only be visible to you, admins, and anyone marked as a creator.
Current visibility: Friends-only
This item will only be visible in searches to you, your friends, and admins. 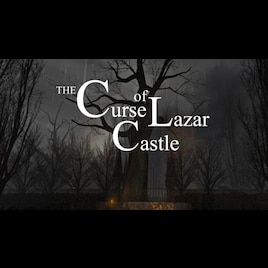 Leoft4Dead
Offline
See all 732 collections (some may be hidden)

This item has been added to your Subscriptions. Some games will require you to relaunch them before the item will be downloaded.
Description
~{ History }~

On the mist moutains of Transylvania, the strange and ancient castle of Lazar remains in silence. Some say that its abandoned. Some say that strange lights shine on night. No one ever dare to come too close.

A journalism student decides to do the thesis for her masters on the curse of the Old Lazar Castle. It is situated in the mountains of Transylvania, where, according to a reliable source, something strange is happening behind its great gray walls. Her trip should not last over a week. She decides to take her mentor, Bill, so that she won’t go alone.

Two weeks later, Ellis, the mechanic, gets a bizarre call from his ex-girlfriend. She seems scared and whispered on the phone. It was something about a curse and a lot of blood. He swore to Nick that it was something about the dead coming back to life. Coach didn’t really buy that story, especially Rochelle. But since they were great friends, the were convinced by him who hoped to get back together with his ex. Together, they went to the place the girl told them she would be. The group put some guns in the pickup truck and got on their way to the Lazar Castle.

After hundreds of kilometers, they got there and did not like what they found.

- Activate the info instructor so that you can read the notes
- Exploration is always well rewarded
- Always have a molotov in hands
- Careful with pentagrams, cursed things
- Careful with sharp things, poison gas and shadows
- Do not try to bug the maps, it might cost you some health
- The Night Prince love gifts

- Play with people, is always better to have some humans around
- This campaign was designed for Realism (not mandatory)
- Some areas will work better with your flashlight OFF
- Some musics might be louder than others, you can change the volume on options
- This campaign has custom sounds for Tank and Credits
- Always play after midnight

I do not created the custom weapons. All credits for the creator, Lt. Rocky, for letting me use then.

I also do not created the music's for the soundtrack, all credits for the creators:

Some games inspired me to make this campaign, but in major part, my dark side has taken control. So, if you like this campaign and want a little more, just take a look at these games:

Nosferatu: The Wrath of Malachi

Guys, if you want see more campaigns like this, please, support the creator. Create campaigns its a really hard and stressful work, that many modders made of pure altruism. Support these creators so the L4D2 community of creators can keep up this amazing work. Help us. https://ko-fi.com/kvoventure

PINNED: The curse of Lazar castle - all itens and secrets
Mahjones
< >
269 Comments

Sebmaniac May 12 @ 2:30pm
When i downloaded this i got the "-insecure" option in my game and it's blocking me from servers wtf

Keyboard Cat May 2 @ 9:47am
Awesome map, atmosphere, had to swap 3 teams and probably 10-12 restarts for us to finish, quite hard (we played on advanced > normal hahaha) sometimes unforgiving. Highly recommended.

RapidFire Apr 11 @ 5:36am
Insane usage of tanks and witches. Traps instantly incapacitates a survivor. The amount of torture in the map is overwhelming, I must say.

Deidara- Apr 8 @ 5:44am
well to be honest, this is the best campaign that I have ever played, love the difficulty, puzzles, hints, and fuck the amount of tanks at the finale

kazungus susryu Apr 1 @ 10:09am
the beginning of the map was pretty fun and had a good aesthetic but the final boss fight with the 2 tanks and the weird chamber at the end is complete cancer. After 4 tries with some friends we didnt manage to get it done.

Bro Bike Mar 31 @ 8:55am
Good times! Played it only one time and we managed to finish it on first try. It was set to Exp Realism, played it with 3 friends. Figured I might share the vid with you lads, here is the result : https://www.youtube.com/watch?v=gmEBZaqvjLI
< >