Store Page
Arma 3>  Workshop > Delta Hawk's Workshop
This item has been removed from the community because it violates Steam Community & Content Guidelines. It is only visible to you. If you believe your item has been removed by mistake, please contact Steam Support.
This item is incompatible with Arma 3. Please see the instructions page for reasons why this item might not work within Arma 3.
Current visibility: Hidden
This item will only be visible to you, admins, and anyone marked as a creator.
Current visibility: Friends-only
This item will only be visible in searches to you, your friends, and admins. 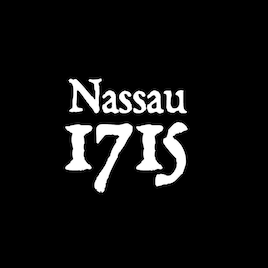 Kola
Offline
See all 195 collections (some may be hidden)

This item has been added to your Subscriptions. Some games will require you to relaunch them before the item will be downloaded.
Description
"In an honest service there is thin commons, low wages, and hard labour. In this, plenty and satiety, pleasure and ease, liberty and power; and who would not balance creditor on this side, when all the hazard that is run for it, at worst is only a sour look or two at choking? No, a merry life and a short one shall be my motto."
- Bartholomew Roberts
A General History of the Robberies and Murders of the most notorious Pyrates (1724)

"Fear not the sea, for those born to hang will never drown."
- Ancient Proverb

Do not use with ACE. Making this mod compatible with other mods set in the 21st century is not a priority.
Intro
Nassau 1715 is about the economic, social and power struggles that occurred in the West Indies during the early 18th century and the events leading to that, telling the true and brutal story behind some of history's most notorious criminals who plundered the seas and the bold and determined men who hunted them down.

This is a proof of concept release.

This is not meant to be a complete conversion for ArmA 3. Rather it's meant to show that this concept, 18th century naval warfare, is possible in ArmA. Another goal of the proof of concept is to attract more developers to help with the long term goal of creating a complete total modification for ArmA 3, DayZ or even ArmA 4. After the proof of concept release the project will be reevaluated for a viable total modification.

In the long term, the mod is planned to encompass some of the most significant events in Europe and the West Indies that led to the Golden Age of Piracy, including parts of the War of Spanish Succession and the English privateer voyages in the West Indies against the Spanish and French. These events come together with the wrecking of the Spanish Plate Fleet of 1715 off the coast of Florida, leading to the rise of the Pirate Republic at Nassau, New Providence Island. From there, Nassau 1715 explores the world of pirates of the West Indies and the East Coast of America, and the steps taken by the English government and colonies to suppress them, using real life events as a story backdrop for multiplayer gameplay in an open world setting.

The biggest feature of Nassau 1715 is being able to authentically sail large vessels, therefore sailing, while greatly simplified from real life, is difficult and challenging, requiring basic seamanship and knowledge. You must read the field manual in the game and review the Quick Sail Guide in order sail.

If you run a server please post it on our discord so others can join. You can also use our discord to recruit crew members.

Features
Included in this release are:More content will be added over time.

Considerations while playing
You must learn how to sail in order to sail. This is not an arcade game, it's an authentic simulation of sailing. It will be difficult. You should expect to be frustrated and confused at first. Only after studying the art of sailing you will be good at sailing. In order to become a better sailor you should listen and follow the instructions of more experienced players who know how to sail. Sailing is a crew effort based on skill and knowledge.
If you are a beginner you should avoid shoals at all cost or you'll run aground.
Because this is an early proof of concept release, features, classnames and assets may change and/or be removed.
This mod brings gameplay features that have never been attempted before in ArmA, so there will glitches and other issues.

Compatibility:
We did not specifically develop this mod with compatibility to other popular mods in mind, therefore you may encounter some issues if you choose to use this mod with another mod. Compatibility with other mods isn't a priority since every other mod is from a different century.

How to connect with us:
BI Forums[forums.bohemia.net]
Discord[discord.gg]
Twitter
Pirates Ahoy![www.piratesahoy.net]
Popular Discussions View All (3)

ARCTKOS Aug 4 @ 9:54am
I just got through the training, this is very good and high quality work. Will there be more content?

ARCTKOS Aug 4 @ 8:10am
This would be a great potential replacement for Sea of Thieves.

Bloodwyn  [author] Jul 15 @ 11:46am
Yay someone watched my whale video :D No I am not really an artist and I have no idea how to put the whale with proper animations into the game. Plus we have to release the frigate first before we can think about anything new.

Kill3rCat the Ironfist [D-2-506] Jul 15 @ 9:54am
There's already a couple mods for sharks on the Workshop. I very much doubt this is something that is ever going to be part of Nassau; it's rather outside the scope of the project..

Smokkerino Jul 15 @ 6:00am
Will this mod ever add some animals? Like whales, sharks?
Since i found out one of you mod creators in his yt channel had a whale mod in wip long time ago

Kill3rCat the Ironfist [D-2-506] Jun 29 @ 9:01pm
I'm not Delta Hawk, but I can tell you that the Revolutionary War is a good 60 years too late, and the uniforms change enough for them to be completely different from the uniforms Nassau currently has, which are modelled after those used during the reign of Queen Anne and the War of the Spanish Succession.
< >