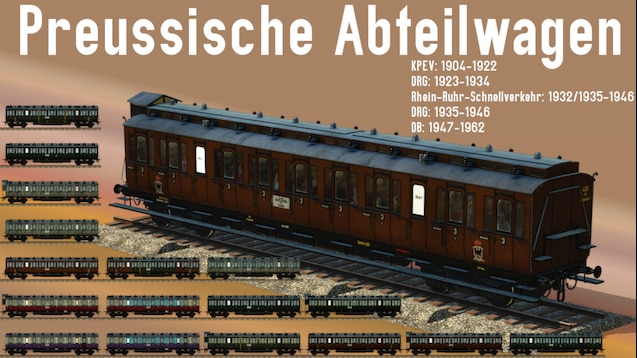 164 items
Description
The four-axled prussian compartment cars have been important coaches for the prussian railways (K.P.E.V). They were taken over by the Deutsche Reichsbahn (DRG) and used for Rhine-Ruhr-Express services. The Deutsche Bundesbahn used them as well as base for the so called \"Umbauwagen\" and as original cars. In the 1960s they went out of service as no wooden coaches should be used anymore. - Mod requires the train end indicator mod!


Players without Steam can find the download at ModWerkstatt[modwerkstatt.com].