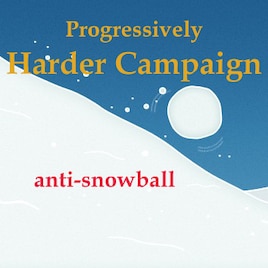 This item has been added to your Subscriptions. Some games will require you to relaunch them before the item will be downloaded.
In 1 collection by Jadawin
List of mods I use in my campaigns - rebalanced & more challenging

Now supports the new Mod Configuration Tool by Vandy. The old MCT is no longer supported.

FEATURES
-owning more regions and having more armies progressively reduces tax income and income from raiding, looting, sacking, and increases construction costs
-in addition to these global effects there is reduced growth in every region on higher Empire levels (can be mitigated by sending a specialized hero there)
-optional auto-leveling of AI lords, also scaling with Empire level of the player, so that you don't face noob lords in the late game

EFFECTS AND RECOMMENDED STRATEGIES
-expanding into low-value or unsuitable/uninhabitable provinces is now counter-productive, because they will reduce your income from all your other regions while adding very little themselves -> leave more land to your allies, or as uninhabited buffer zones
-slows expansion because new provinces are a drag on income from all your provinces, and only really contribute significant additional income after they have been developed -> expand slowly, let newly conquered provinces grow and develop them before taking more land
-overall income is significantly reduced, so you'll have to manage with fewer armies and/or cheaper units than in a vanilla campaign. This is by far the biggest impact of this mod -> git gud, don't use three armies where one or two is enough, pick tough battles with the odds against you and still win, no more easy autoresolving through the late game

Growth penalties are applied per region and can be lessened or even eliminated by sending certain high-level heroes into the province. This way, although most provinces will basically stop growing in a large Empire, you can still develop a few provinces at a time using your heroes. Check the effect description in the province panel for information on which type of hero you need to mitigate the effect.

The AI is not able to keep its lords alive, so it often runs around with level 1 lords even in late game. To help the AI, its lords will now automatically level up when being created or when completing a battle. Their minimum level is player Empire level * 0.66, rounded up. So if you are currently at Empire level 25, AI lords will be at least level 17.

This mod can be used alone, but I balance it to be used together with my other mods which for the most part also make the game harder in other ways.

It can be enabled or disabled at any time and should be compatible with all other mods. When disabled, the savegame will load without the penalties. When enabled, the penalties will kick in after the next turn.

Limitations:
-don't use it with horde factions
< >
131 Comments

Jadawin  [author] Aug 10 @ 4:32pm
New one should be fine, just it should now be a different hero type that reduces the growth penalty.

Jadawin  [author] Aug 10 @ 12:37pm
Update: Required agent type to maintain province growth was changed for several races so most races now need an agent whose cap is increased by a level-4 building.
Affected factions are Lzd, Skv, Emp, Dwf, Vmp, Wef. The change made it harder to have more of the required agents, except for the Vampires who previously had the Banshee which requires a level 5 building.
Some factions have only heroes that require just a level 3 building so they remain unchanged.
Old version in case someone needs it to finish a campaign:
https://www.dropbox.com/s/9odzdq0rt2nrz1y/progressively_harder_campaign.pack?dl=1

Reanimator Aug 5 @ 11:34am
btw Jadawin, any tips on which buildings I should add to your mod - not this one but global mil infrastructure - I am playing Sigmar's Heirs by Xoudad and he add all new military buildings, replacing vanilla red tree, so i am always in the red :/

Reanimator Jul 21 @ 11:33am
When will you add support for the MCT Reborn? This is the only mod I cant configure currnetly

Newppp Jul 16 @ 5:57am
hey since this mod is leveling up AI lords will this mod be compatible with noobs never obsolete LL?