Greenlight > Games > Sorren Jotunson's Workshop
Greenlight is being retired. For more information on how to submit games to steam, refer to this blog post.
This item has been removed from the community because it violates Steam Community & Content Guidelines. It is only visible to you. If you believe your item has been removed by mistake, please contact Steam Support.
This item is incompatible with Greenlight. Please see the instructions page for reasons why this item might not work within Greenlight.
Current visibility: Hidden
This item will only be visible to you, admins, and anyone marked as a creator.
Current visibility: Friends-only
This item will only be visible in searches to you, your friends, and admins.
CHAOS - In the Darkness
Description Discussions2 Announcements30 Comments322 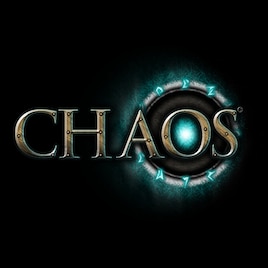 Sorren Jotunson
Offline
See all 26 collections (some may be hidden)

View CHAOS - In the Darkness in the store

After 4 years of development, our small team is more than ever pleased to share with you the CHAOS world. The development was long and full of pitfalls, but today we can finally put an end to development.

We are pleased to have been able to carry to completion the project without soliciting donations from the community and without using processes such as Kickstarter.

We also have decided to not use 'Early Access' because delivering an unfinished product was impossible for us. We would like to take this announcement to thank the community and the many players who follow us for years and those who do not hesitate to encourage us with their messages! Thank you !

Now dive into the world of tormented CHAOS, solo or with other adventurers! (Up to 4 players in coop)

In local network or via internet, each game offers adventures, surprises and unique experiences. Explore the confines of the dungeons of Fort Merals, and fight against darkspawn that spread terror among Silmerie.

Choose one of five available Classes, customize your character by shaping his skills book and go in search of ever more powerful equipment!

Compete against other players in our first Battle Ground and win great prizes for you or your team. Discover Fort Merals under the attacks of Chaos, and be the hero who successfully defend the walled city.

Several difficulties will extend the game's lifespan and the most talented players may try the mercyless game mode "Permadeath", which makes the experience more intense !

CHAOS is an heroic fantasy RPG that immerses you in an epic war for survival of Silmerie !

Exploration, powerfull crafting and character evolution are some of RPG main features that are included in Chaos:

Yes indeed ! For Chaos, we made a large use of random algorythmes in order to make all games differents. By the way :

But that is not all. Chaos allows player to adjust the lenght and the general difficulties of the game through options like Dungeon depth and the ennemies dangerousity. (Normal, Hard, Extreme)

If we had to sum a classic Chaos game, we would tell this :

A cooperative 1 hour rush through a hostile and threatening labyrinth !

To conclude, we would talk about 4Realms, a developpement studio composed of 4 passionate amateur game makers, working on this project with conviction, but without any professional experience.

PINNED: Welcome to all !
Sorren Jotunson

CHAOS - In the Darkness has been Greenlit and is now listed in the Steam store. For the latest information, purchase options, and discussions for CHAOS - In the Darkness, please see it on the Steam Store or in the Steam Community.
Visit Store Page
For more details Visit Community Hub
For latest discussions
If you really, really want to, you can continue to the Greenlight page. Information on this page may be out of date, since all the action has moved to the areas noted above.