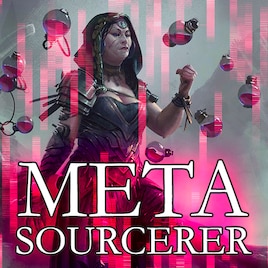 This item has been added to your Subscriptions. Some games will require you to relaunch them before the item will be downloaded.
In 1 collection by Kalavinka
Minimalistic Private Modpack

21 items
Description
"Reality is merely an opinion. One I happen to disagree with." ~ The Metasourcerer
Metasourcerer is a complex Class Mod that lets you craft your own spell combinations as a reality-warping sorcerer. To begin playing, pick up a Metasourcerer's stone from one of various locations hidden in Rivellon, including Fort Joy's beach.

As a Metasourcerer, you craft your own spells. Every skill in your arsenal is but a tiny piece of a puzzle you yourself design: your completed combos can teleport objects, clone spells, manipulate surfaces or do whatever else your heart desires and your mind can fathom.

If Source is the substance of all reality, Metasourcery is the ability to manipulate the mathematical laws that govern it.

But beware! Crafting illegitimate or dangerous combinations of spells will bestow you with an Instability, a debuff that applies one of several zany effects to your character. Instabilities refuse to wear off until a time unknown, fading only at random or on death.

If you enjoy coding or even just the idea of roleplaying a methodical mage who builds spells from scratch, this is the mod for you. But beware: only an inventive mind can harness a Metasourcerer's potential and compensate for their weaknesses.

Metasourcerer skills are freely obtainable and thusly haven't been added to any presets. You're recommended to build however you want in character creation, but keep in mind that 1 point in both Polymorph and Summoning are required for the Tier 1 Metasourcerer spells.

Once you finish character creation and begin your adventure, just keep your eyes peeled and you'll soon happen upon a Metasourcerer's Stone - a mysterious jewel from which you can learn new skills. Picking up a Metasourcerer's stone automatically teaches you all skills for your level. Each time you level up, you'll learn any newly available Metasourcery skills too, provided you have the Stone in your inventory.

Metasourcerer skills are offered from the stone completely free of charge due to their reliance on each other: it wouldn't be fair to sell a quarter of a jigsaw puzzle separately.

My focus is on developing another mod at the moment and has been for months. This is the loosely polished remains of another mod that reached a nearly-finished stage a while back. I hope you enjoy.

Special thanks to Auleis for making the ultimate Metasourcery guide! You can read it here.[docs.google.com]
< >
400 Comments

Auleis Jun 18, 2021 @ 12:46pm
@WildWolfx007
Copying and transfering status is basicly one and the same here. you don't ever remove a status from someone. So, Aflictology>Enumerate>designate should work just fine.

Morov Jun 18, 2021 @ 12:13am
Could you make animations slightly faster? It becomes very tedious to see all this moves thousand times for simple teleportation

WildWolfx007 Jun 17, 2021 @ 11:33am
Could you give some examples of copying (not transfering) statuses like bleeding from one enemy to the other?

Acalamity Apr 24, 2021 @ 10:31am
@Igrener I tried to change this in my mega-edit of this amazing mod. It is called Mad Metasourcery on Steam Workshop. The starting spells now allow you to drain HP, weaponize surfaces directly and create a Nexus Entity (that can redirect any damage/statuses dealt to it around itself and if teleported with Derive Designate Compose, teleports everything around with itself. Mark is no longer a skill (Auto-Cast during Derive/Designate now) and almost every cast is instant, no need to wait. Etc., etc., etc.

Igrener Feb 23, 2021 @ 1:06pm
My personal thought about this modification is it's very interesting in concept, but in practice its power spikes are very disjointed and extreme; such that, based on my understanding of the guide posted (rather than practice), it's extraordinarily weak until Level 4, then becomes very good, then immediately breaks massively when you hit Act 2 because of the existence of Lava and Super Charger, then sort of falls off in Act 4 when there isn't easily accessible Lava.

Outside the presence of Lava and Super Charger, you're essentially mass buffing, and you can probably abuse Enumerate with enough coins/objects which is fine. My only real complaint (minus the asymptotic power spikes), is the inability to basically "macro" something so you don't waste so much time on animations.

Kalavinka  [author] Oct 30, 2020 @ 4:59am
Temperos shows up if you interact with the Metasourcerer's stone, which you can find in numerous locations around the game. In Fort Joy, you can find one on the beach. Just look for an ominous pink miasma under some of the plants. Alternatively, you can pick up one such stone in Withermoore's section of the caves.
< >