Store Page
Crusader Kings II >  Workshop > fear's Workshop
This item has been removed from the community because it violates Steam Community & Content Guidelines. It is only visible to you. If you believe your item has been removed by mistake, please contact Steam Support.
This item is incompatible with Crusader Kings II. Please see the instructions page for reasons why this item might not work within Crusader Kings II.
Current visibility: Hidden
This item will only be visible to you, admins, and anyone marked as a creator.
Current visibility: Friends-only
This item will only be visible in searches to you, your friends, and admins. 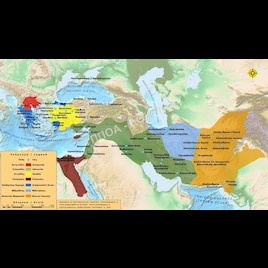 fear
Offline
See all 221 collections (some may be hidden)
You need DLC to use this item.

This item has been added to your Subscriptions. Some games will require you to relaunch them before the item will be downloaded.
Description
UPDATED TO WORK WITH 3.3
Version 2.1

Release your vassals as autonomous dependencies which act as tributaries.
Ever wished that your big empire would break into smaller "autonomous" states which you don't have to micromanage? Look no further. With this mod, you can release a vassal as their own independent dependency. They will do whatever they like, they'll just give you some gold and troops in exchange. (Think Rome-Armenia in the antiquity or Post Alexandrian Diodochi)

Does not work well with CK2+, as it already has those options integrated. It WILL work if you force it to, but weird things happen, like some options never showing up in character context menu.

If for some reason Steam workshop is being wonky for you, You can download the mod from zippyshare HERE [www56.zippyshare.com]. Just unzip it in the mods folder for your CK2 documents directory.

Variant where Tributaries can be summoned to war

Some people wanted to have a version where you can call your tributaries to war. You can download that variant HERE[www56.zippyshare.com]. Note: This might make Tributaries OP.

Meow.yang Sep 25 @ 9:47am
Hi, great mod, but could you make an diplomatic option so you can ask/threaten an independent ruler to become your tributary? (so you don't have to declare war on them?)

Great Doge of Venice Mar 3 @ 5:56am
How do i break free as an autonomous state? The kingdom that was supposed to protect me just collapsed...

Dark Gospeller Aug 17, 2021 @ 9:22pm
Might it perhaps be possible for you to produce for this mod a set of pre-game settings. For example allowing or disallowing the AI from utilizing this feature. Frankly speaking, I would very much enjoy something as such.

Alexander the Golden Jul 27, 2021 @ 4:54pm
Honestly paradox should have just made this for the holy roman empire wish this was base game.

fear  [author] May 1, 2021 @ 1:11am
Hi guys,
Sorry, been awol for a long while, mostly because of work and major changes in life. I also just got my PC rebuilt, so I'll reinstall CK2 tomorrow and answer your questions as to why x is not working or some such.
Thanks again for your patience. I apologize about the delay.

Meow.yang Apr 23, 2021 @ 11:26am
Hi, Im playing France and became a dependent state of the holy roman empire, now im strong enough to challenge the HRE, but I found theres no CB for me to use to declare an independence war, what are the requirements to obtain a CB? Great mod btw

Inquisitor Jan 5, 2021 @ 10:55am
The problem of allowing AI to use this function is that they tend to mess with their kingdoms. This is better used in border counties or duchies but AI will make tributaries without strategy.

TheBigPotato892 Nov 14, 2020 @ 9:57am
i would super appreciative of that because this mod looks really cool and sounds like an awesome mechanic. if its not compatible with just jade dragon i just might have to fiddle with some code and make it compatible

fear  [author] Nov 14, 2020 @ 6:42am
@PotatoLord892 : Jade Dragon adds various conquest casus bellis based on tributaries. It's been a while since I worked on this mod so I *think* that's all that it does, but I can double check sometime this week and get back to you.
I originally made it just for Horse Lords for what it's worth.
< >