Greenlight > Concepts > mixer's Workshop
Greenlight is being retired. For more information on how to submit games to steam, refer to this blog post.
This item has been removed from the community because it violates Steam Community & Content Guidelines. It is only visible to you. If you believe your item has been removed by mistake, please contact Steam Support.
This item is incompatible with Greenlight. Please see the instructions page for reasons why this item might not work within Greenlight.
Current visibility: Hidden
This item will only be visible to you, admins, and anyone marked as a creator.
Current visibility: Friends-only
This item will only be visible in searches to you, your friends, and admins.
Souvenirs
Description Discussions0 Announcements8 Comments12 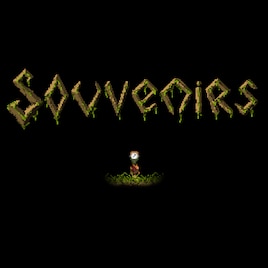 https://www.youtube.com/watch?v=D4fu3VKvaI0
In the last news I talked about the difficulty of getting feedback and gave you alpha build of the game hoping that I would get more feedback. And It worked. Not as well as I hoped but still there was an improvement. About 200 persons downloaded the game (most of them from my web site which I didn't expected) and about 15 gave some feedback. I also had other people testing in front of me and got the feedback from the IndieCade jury.

Common things that came out are :
- it's not interesting to throw rocks all the time to see the environment. It's really hard to make a "mental map";
- there is not a lot of things making the game interesting, you get bored pretty quickly. The "story" isn't clear;
- the sound design needs a lot of work;
- the game doesn't give enough feedback to the player on what's happening;

Most peoples like the concept of the game but feel that the execution could be improved a lot. Well I'll try to do that.

The first step I did was to make the player clock "tics" bigger, letting him see a little further around him. Then I had the idea to have an outline on the ground, revealing the environment layout without showing it directly. That's the small white line on the ground or walls in the video (you'll see better if you download and test by yourself). While making that effect a bug made the "sound wave" visible under certain conditions. It turned out that it gives additional informations to the player and make sounds more visible. I tweaked it a little and it gives you the final effect you see in the video. If you try the new build, in the options there are 2 settings to tweak those effects : lineEffectForce and waveEffectForce; you can disable or tweak each effect. Let me know what you think of those effects.

You can also now manage the throw force when you play with a pad if you turn the option on, and there are two slider to tweak that too : Stick sensitivity to throw a rock (how fast you move the stick controls the force) and Stick threshold to throw a rock (at which inclination the stick must be to throw a rock). Once again feedback is welcome.

On another note I'm looking for a sound designer for the game (not paid). If you are interested contact me.

You can download[sisyphe.be] builds for Windows, Linux and Mac.

If anybody tests the Mac version I would appreciate if you could just tell me if it works at all (as I have no way to test it my self).

How did the alpha go ? Nobody reported any bug. Nobody told me it was broken. Nobody... yeah that's it

Or nearly nobody. There were 10 persons registered for the alpha, 2 of them told me they had no time during the two weeks the alpha took place, and only 1 person gave me some feedback (thank you).

Well... I still need feedback so what do I do ?

First, the alpha build is now available to anyone, you don't have to register or anything. Just go to my web site and download it[www.sisyphe.be].

Next you can give feedback while in the game. Just go to the main menu and press the "Tell me what you think of the game" button. It will display a text area where you can write anything you want to tell me. Then press "Send" and that's it. There is also a "Screenshot + comment" button : it will take a screenshot of where you are in the game, overlay the text you input in the text area and some additional infos (see the screenshot below). You can then save it to your hard drive or send it to me. No personal informations are sent. Here is an example of what I will receive. 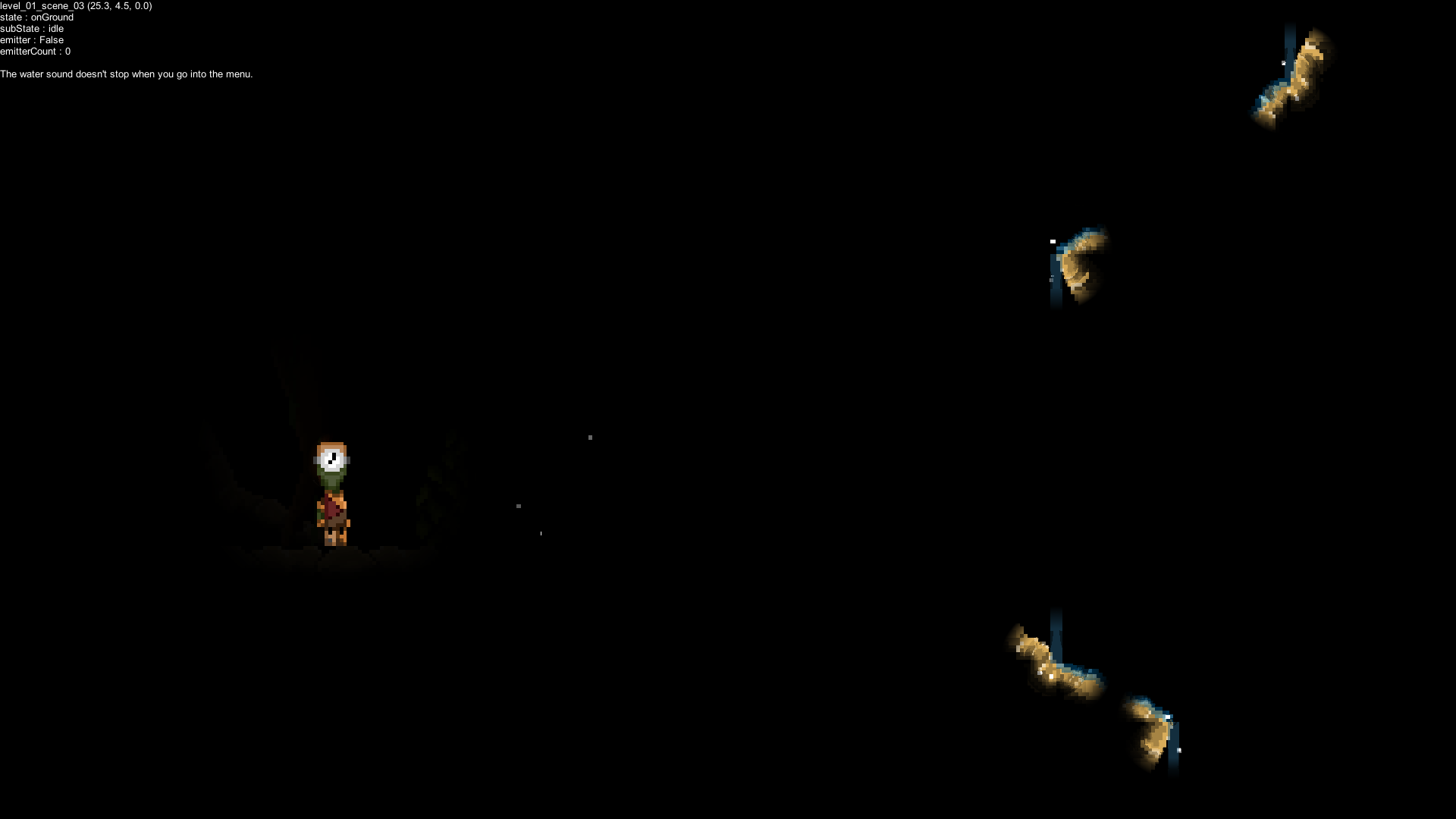 So if you have any interest in the game, give it a try[www.sisyphe.be] and tell me what you like and more importantly what you don't like. Oh, and here are some screenshots of the new tileset.

Read More
Description
You are lost. Alone. Searching for yourself. You don't see far. In fact, you see nothing at all. But you hear things... drops; water flowing; rocks falling, rolling... and a bell. Souvenirs is a 2D platformer where you don't see the environment directly. You have to use sounds to get a glimpse of your surroundings.

I'm curently developing the game alone but looking for help with sound design.
Any feedback or question is welcome.
< >
12 Comments