Store Page
Sid Meier's Civilization V>  Workshop > Collections > Bobington's Workshop
This item has been removed from the community because it violates Steam Community & Content Guidelines. It is only visible to you. If you believe your item has been removed by mistake, please contact Steam Support.
This item is incompatible with Sid Meier's Civilization V. Please see the instructions page for reasons why this item might not work within Sid Meier's Civilization V.
Current visibility: Hidden
This item will only be visible to you, admins, and anyone marked as a creator.
Current visibility: Friends-only
This item will only be visible in searches to you, your friends, and admins.
Description Discussions0 Comments704

A collection of 10 items created by

PLEASE NOTE: Due to personal circumstances I'm unable to continue development on this mod collection for the time being. I fully encourage people to use my code and assets to create their own mods, but for now, I'm unavailable to assist. Very big thanks to everyone who helped me with the creation of this collection, hopefully I can come back to it sometime soon.

Thankyou so much for the kind support! In less that a month we are now the #2 most popular Civ 5 collection EVER. It's all thanks to your kind votes and downloads, keep it up!

Please note: These mods all require Gods and Kings to function! Furthermore, some mods will have a BNW-only version, make sure you only use one version of each mod.

The long term plan of this mod pack is not just Civilizations, but a full conversion! This includes religions, resources, tech trees, and culture trees. I will release the various elements as they are completed so you guys can test and enjoy the hard work we're putting in.

We are also working with a few map makers here on the Steam Workshop to build some Scenario's with realistic starting locations, and hope to have those out very soon.

Let me know in the comments what Civilization you'd like to see next! I will make them in the order that people want to see them!

Finally, a massive thanks to the other developers that have helped contribute to these mods: Gigaowen, Trueguess, Neirai the Forgiven, Hambil.

Thanks to my fellow modders who's help and existing code have really taught me everything I know: FramedArchitecture (Check out his Faerun mod!) and Luir & DesertJourneyman (Check out their Song of Ice and Fire mod!), Tomatekh, Bloublou, JFD.

And thanks to the CivFanatics forums who've given invaluable support and feedback!
Items (10)
Subscribe to all
Unsubscribe from all 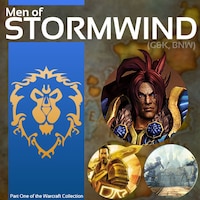 Civilizations of Warcraft - Kingdom of Stormwind
Created by Bobington

UPDATING WILL BREAK YOUR SAVE GAME.

The Kingdom of Stormwind, led by King Varian Wrynn, as a playable Civilization! Requires 'Gods and Kings' and is compatible with 'Brave New World' 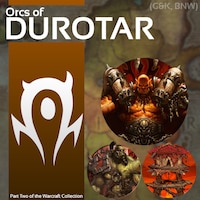 Civilizations of Warcraft - Orcs of Durotar
Created by Bobington

The Orcs of Durotar, led by Warchief Garrosh Hellscream! Compatible with 'Gods and Kings' and 'Brave New World'.

The Orcs have access to the elite Kor'kron,a replacement for the Swordsman that is ... 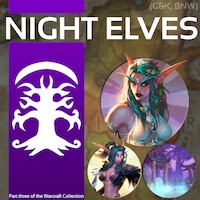 The Night Elves, now available as a new Civilization! Requires 'Gods and Kings' and is compatible with 'Brave New World'.

The ancient Keldorei have long wandered Kalimdor, but new allies and old enemies have embroiled them once again in mighty co... 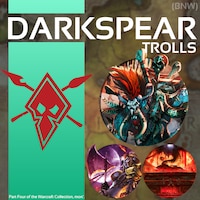 The Darkspear Tribe, led by Vol'jin himself! Compatible with Brave New World only.

The Darkspear can bui... 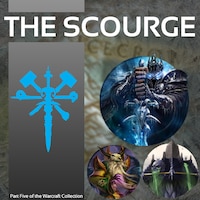 Civilizations of Warcraft - The Scourge
Created by Bobington

The Scourge have risen! Repel the invasion or join their undead army in Civilization 5!

The Scourge can build the Ghoul[/... 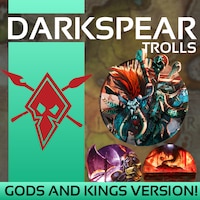 The Darkspear Tribe, led by Vol'jin himself! Compatible with Gods and Kings only.

The Darkspear can build the Axe Thrower, a powerful ranged unit that gains a combat boost in jungle and forest.

They can also build the Voodoo Hut,... 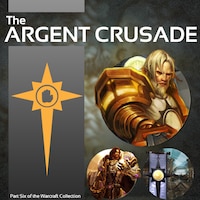 Civilizations of Warcraft - The Argent Crusade
Created by Bobington

Updating will break your save game. Do not update until you are ready to start a fresh game.

The Argent Crusade, now a brand-new Civilization in Civ 5! Requires Gods and Kings and is compatible with BNW!.

The Argent Crusade can build t... 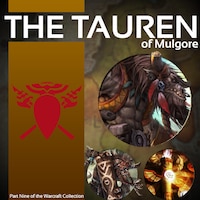 Civilizations of Warcraft - The Tauren of Mulgore
Created by Bobington

The mighty Tauren join their Horde allies in Civilization V! Requires Gods and Kings, and is compatible with Brave New World!
... 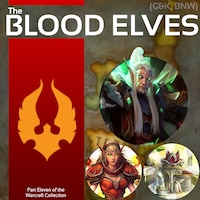 Civilizations of Warcraft - The Blood Elves
Created by Bobington

This is a beta release. There may be bugs. Please report any issues.

We are currently aware that the UA is not working as intended. Please bear with us, a fix will be posted ASAP.

The Sin'dorei seek their vengeance in Civilization 5! Requir... 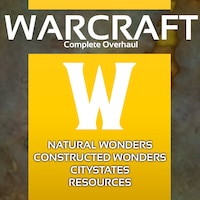 This mod aims to convert Civilization 5 to thematically match with Azeroth! Requires Gods and Kings and compatible with Brave New World.


PLEASE READ:
This mod removes all Civilizations from the origional game, so you MUST be using modde...