Store Page
RimWorld>  Workshop > N7Huntsman's Workshop
This item has been removed from the community because it violates Steam Community & Content Guidelines. It is only visible to you. If you believe your item has been removed by mistake, please contact Steam Support.
This item is incompatible with RimWorld. Please see the instructions page for reasons why this item might not work within RimWorld.
Current visibility: Hidden
This item will only be visible to you, admins, and anyone marked as a creator.
Current visibility: Friends-only
This item will only be visible in searches to you, your friends, and admins. 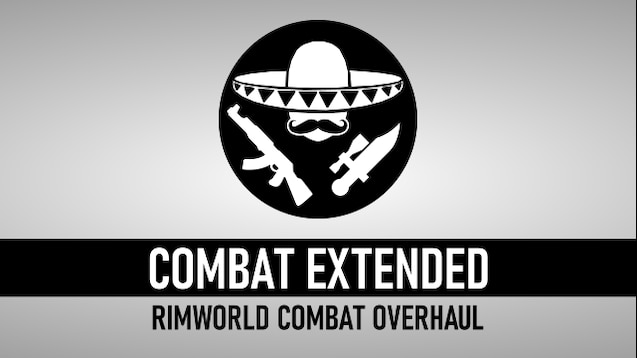 N7Huntsman
Offline
See all 9325 collections (some may be hidden)

This item has been added to your Subscriptions. Some games will require you to relaunch them before the item will be downloaded.
Description
This mod can also be found on GitHub[github.com], as can older releases. This Steam version only supports the most recent version of Rimworld.

Combat Extended completely overhauls combat. It adds completely new shooting and melee mechanics, an inventory system and rebalances the health system. Requires a new save, and cannot be removed from existing saves.

Mod Compatibility
Due to the extensive changes to the combat and inventory system introduced by Combat Extended, mods that add weapons, animals, turrets, new pawn types (such as aliens, robots, or new factions), and similar content require a patch to allow them to function alongside Combat Extended. Mods that do not fall within this category usually work just fine without any additional steps.

This mod created by NoImageAvailable, Alistaire, and all the other modders and testers that contributed to the project.
Popular Discussions View All (286)

Geronimo 1 hour ago
I have ammo disabled and weapons still require a reload. Though we cannot change anno type sadly. So fmj against armor. =/

Tokyo 14 hours ago
Anyway to use the reload function while having Amal disabled? I don’t wanna use ammo cause I’ve played without it for so long, but now I’m just cheesing semi auto shotguns without ever needing to take a break from shooting

Arc Nov 27 @ 6:10pm
ApparelCarryGearBase and its parent ApparelBase both add compquality which leads to the game freaking out and making carry gear normal quality when it's picked up or hauled.

Geronimo Nov 27 @ 7:02am
Ah thank you. Yes I was having that exact problem lol

zebra03 Nov 27 @ 12:50am
@Geronimo
From their little patch list
https://github.com/CombatExtended-Continued/CombatExtended/blob/Development/SupportedThirdPartyMods.md
It appears to be added but its not quite completed yet,
The ancient turrets don't appear to work(they can't shoot at hostiles nor have an caliber) but the game doesn't crash when CE is enabled, so they are getting there with the patch

Zee the murder drone Nov 26 @ 8:17am
yknow the one problem about getting the older version, I have to get the older version of EVERY mod that doesent already have a patch, like vannila expanded (btw yes they normaly automaticly patch from design I guess, but I guess since the combat extended is a file while vannila expanded is not it doesent work together naturaly, and no I cant find a mod that patches it)

Korvette88 Nov 26 @ 1:51am
I noticed that the elbow blade doesn't have any of the CE stats on it. Are the implanted weapons not part of CE or am I missing it in-game? I tried googling it and looked at the wiki, all I can find are the actual melee weapons.

W̴̕͡r̡̀͟ą́͡t̀͟h̡̀͠ Nov 24 @ 8:31am
What Kaz is saying, Richard, is that every version of Linux or other programs/operating systems worth their salt, due to magnitude, have a stable and unstable release because they know how thoroughly everything can break. In a lot of these cases, you can use a stable branch. CE's staff demands putting all of this into one single mod rather than splitting it, and if you like certain aspects, you can't just get those aspects.

Even the Hospitality mod has the Gastronomy fork, because the developer knew not everyone wanted all of the features. This mod breaks the game, and everyone's excuse is that it's a free mod. Well put a donation button. Allow your users to donate. And then stop using the "We're unpaid" excuse. Loads of projects have been made where people working on it are not paid, and they never complain because the goal was to create something, not to make money. But goals can change, as needed.