Store Page
Age of Empires II (2013)>  Workshop > Obee's Workshop
This item has been removed from the community because it violates Steam Community & Content Guidelines. It is only visible to you. If you believe your item has been removed by mistake, please contact Steam Support.
This item is incompatible with Age of Empires II (2013). Please see the instructions page for reasons why this item might not work within Age of Empires II (2013).
Current visibility: Hidden
This item will only be visible to you, admins, and anyone marked as a creator.
Current visibility: Friends-only
This item will only be visible in searches to you, your friends, and admins. 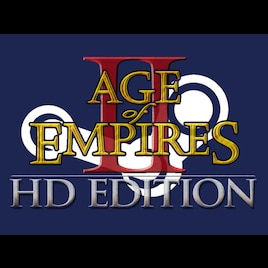 Obee
Offline
You need DLC to use this item.

This item has been added to your Subscriptions. Some games will require you to relaunch them before the item will be downloaded.
Description
DATA MOD- VISUAL CHANGES ON SCREENSHOTS ARE DUE TO RENEWAL EDITION MOD BY JENARA HODAYC (DRAGON FTW). The main goal was to create a realistic, but still balanced data mod. The only visual change I made was the replacement of the (Elite)Elephant Archer with a Chakram unit (unknown author). This is a more historically realistic unit, and now that the Indians have access to Battle Elephants, it seems to mesh well (see details below).

-Gunpowder units have are stronger, have faster projectile speed, but are less accurate and have longer reload times.
-Camel units are stronger because I reversed the RoR 5.8 nerf. Indians/Saracens have been slightly rebalanced accordingly.
-Paladins are stronger vs. melee units.
-Elite Infantry units are buffed slightly to adjust for Sappers tech.