Store Page
Tabletop Simulator>  Workshop > PanzersEast's Workshop
This item has been removed from the community because it violates Steam Community & Content Guidelines. It is only visible to you. If you believe your item has been removed by mistake, please contact Steam Support.
This item is incompatible with Tabletop Simulator. Please see the instructions page for reasons why this item might not work within Tabletop Simulator.
Current visibility: Hidden
This item will only be visible to you, admins, and anyone marked as a creator.
Current visibility: Friends-only
This item will only be visible in searches to you, your friends, and admins. 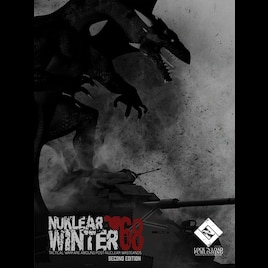 PanzersEast
Offline
See all 4 collections (some may be hidden)

This item has been added to your Subscriptions. Some games will require you to relaunch them before the item will be downloaded.
Description
Complexity: 5 out of 10
Solitaire: 7 out of 10
Ages: 12+
Players: 1-2
Time: 60-120 Minutes
Copyright © Lock 'n Load Publishing, LLC.

The former German territory, transformed into a wasteland by the nuclear holocaust that ended the Second World War in 1946, is the hostile setting of a new conflict between old enemies clenched in a struggle for the future of mankind. Surviving Nazi leaders and Wehrmacht forces resurface in 1968 from underground shelters to rebuild an empire from the ashes of the world.

Oblivious to the climatic, technological and political changes inflicted by more than twenty years of nuclear winter, they are about to face the mysterious Black Hand - elusive, abhorrent masters of the wastes, and the combined might of the modern, highly mechanized and versatile NATO alliance.

* Currently on Sale at the Publisher's Site

PanzersEast  [author] May 4 @ 5:32am
I've fixed the issue with the missing containers. (Replaced with draw bags). Thanks for the heads up BloodyCactus.

I will have a look and correct. Thanks

BloodyCactus Apr 30 @ 7:48am
Got two bad links, I know you fixed this in another mod with infinity bags or something?

PanzersEast  [author] Jan 16, 2019 @ 8:39pm
Should be resolved now.
- Fixed Map issue with Heart of Darkness
- Fixed a couple of counters where the reduced side was not loading.

PanzersEast  [author] Jan 16, 2019 @ 12:02pm
* Added Heart of Darkness 2nd Ed. Expansion. Change the reference sheet to State 2 for Heart of Darkness information. 1st and 2nd Edition maps are included for both base and expansion.
< >