Store Page
Arma 3>  Workshop > Pinaz93's Workshop
This item has been removed from the community because it violates Steam Community & Content Guidelines. It is only visible to you. If you believe your item has been removed by mistake, please contact Steam Support.
This item is incompatible with Arma 3. Please see the instructions page for reasons why this item might not work within Arma 3.
Current visibility: Hidden
This item will only be visible to you, admins, and anyone marked as a creator.
Current visibility: Friends-only
This item will only be visible in searches to you, your friends, and admins. 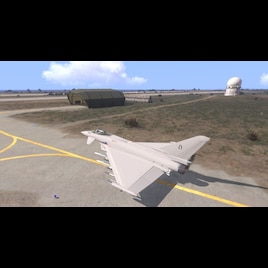 Pinaz93
Offline
See all 397 collections (some may be hidden)

This item has been added to your Subscriptions. Some games will require you to relaunch them before the item will be downloaded.
Description
(Requires Firewill's Air Weapons System!)

I'm working on a new version of the Eurofighter Typhoon from Hcpookie, and I'm ready for the release. This is a WIP and it's not perfect, the main goal of this release it's to make the original plane compatible with AWS and do some other little improvements...

Feel free to do your own skins, you can send them to me and I will include them in the next updates!

-Faster than the original

-Real afterburner (set to user action 20, map the key in the control settings)

-HcPookie for the great plane

-Dreamrebel for some help with the texture

-FerMoX for the italian and spanish special colors textures

-Firewill for his AWS pack and the loadout menu

-John Spartan that made the original Loadout menu

-"Roofie", sfod-d_snakebite, reforger for tests on the plane

[3UKDI] L. Braid May 27, 2020 @ 4:58pm
Hi all,
I am considering using this aircraft in my new unit, however, I want to know if it is still being updated with better textures and that sort of thing?
Any help gratefully appreciated

Emjay Mar 8, 2020 @ 3:39am
Hi @Pinaz93, were you aware that the Storm Shadow and the tanks attach to the wrong stations? They should be on the centre line wings, not the inboards.

LOADOUT MENU IS BACK. Thanks to firewill again a new lite version of his loadout menu has been integrated. The pylons map is missing, but if you look at the plane from the back, the pylons are numbered from 1 to X, starting from the edge of the right wing to the edge of the left one.

euclid's darkroom Oct 14, 2019 @ 3:08pm
Hi with the new FIR AWS update none of the weapons in the standard layouts are visible and the loadout menu seems to be broken too
< >