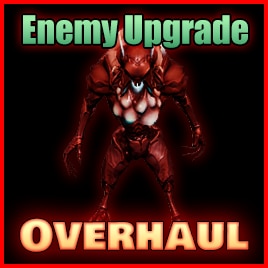 23 items
Description
Enemy Upgrade Overhaul is my own personal twist on a randomized system for buffing enemies, allowing for more challenging encounters with weighted, randomized upgrades, and a chance of bonus treasure depending on how tough the enemy becomes.

*New*
Enemy level scaling can be enabled, allowing enemies to scale to or above the party's level. This option is available in the EUO settings menu (accessed from LeaderLib's mod menu).

If you opt to level up enemies, I recommend grabbing an experience reducing mod, so you don't level up too fast:

Upgrade Groups
When an enemy enters battle, 4 groups of upgrades are rolled on individually:

Bonus Treasure
Every upgrade increases an enemy's total amount of "Challenge Points". The total amount of CP is used to determine which group of bonus treasure is rolled on when the enemy dies. Enemies with elite upgrades will naturally be worth more CP than weaker ones, so expect greater chances of tasty loot for tougher enemies.

Bonus Treasure Status
If an enemy rolls a 0 when it's rolling for upgrades, it's considered a critical failure, and that enemy gets a status called Bonus Treasure. If you kill them before the status runs out, EUO will roll again for more bonus treasure (determined by the enemy's total CP).

Guaranteed Elites
Certain named characters are guaranteed to get tougher upgrades. Currently (as of 12/18/2018) only Fort Joy / Reaper's Coast is affected, so check out the feedback thread here for submitting suggestions on who to include in later acts.

Randomization
EUO's randomization takes in to account the fact that DOS2 has issues when rolling between a low range of numbers - Low roll ranges tend to not be so random. Currently every roll is between 0 and 999 to ensure results feel more random.

Additionally, every upgrade has been manually tweaked so tougher upgrades have smaller chances than weaker ones.

Overrides & Compatibility
Enemy Upgrade Overhaul overrides a handful of base enemy weapon stats to apply the Savage Sortilege talent to enemies, allowing their spells to crit. Keep this in mind when determining your load order (mods lower in the list have priority).

Settings
The Enemy Upgrade Overhaul settings menu is available in the LeaderLib mod menu. Currently you can use it disable any of the major groups of upgrades, tweak certain Bonus Treasure settings, and enable Enemy Level Scaling. 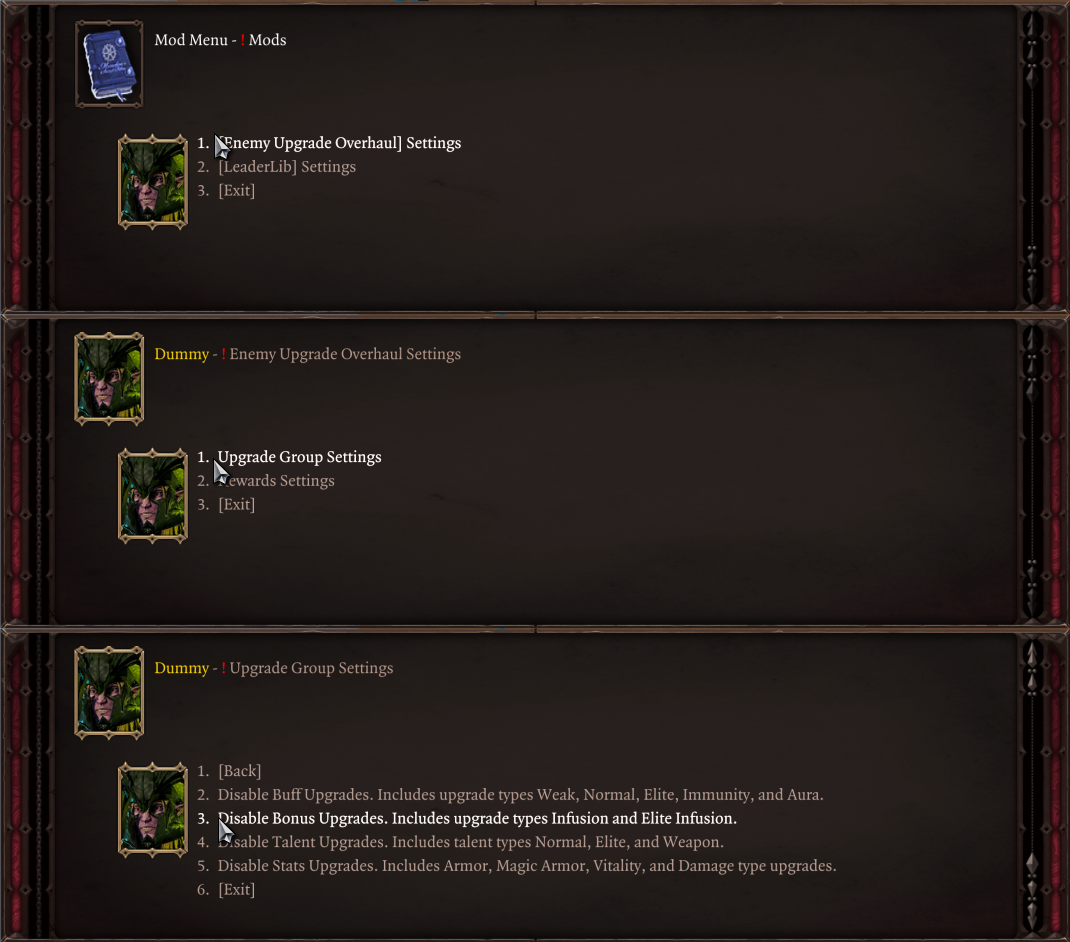 Credits
Idea inspired by my enjoyment from using the following mods:

Links
Support
If you're feeling generous, an easy way to show support is by tipping me a coffee:

I love modding this game, and I love interacting with the community. Every bit helps to keep me doing what I'm doing. Thanks!
Popular Discussions View All (4)

Reaper May 17 @ 4:49pm
any advice for preventing that the leveled buffed enemies dont kill npc on the battles that have a npc and you need to save it, because i have enemies with my level + 1 . and got on a battle that the enemies are lv 7 and the npc level 3 and got one shoted XD

1. I am intending on pairing this with the Diviniy Conflux mod Odin provides. I have this just above all of Odin's mods in the load order. Is this fine? Also, does this mod affect any player wielded, spells/skills? Or just the AI?

2. As far as leveling goes, i'd like a pretty natural exp growth playing through the game. In your opinion, is just leaving enemy scaling on sufficient for providing a tough experience? I'd like to make sure I am definitely hitting level 20-21 by end game without steam rolling through enemies with full builds.

DHG RedWolf Nov 21, 2021 @ 3:39am
If Anyone is having the issue where you get 4 random characters, you need to make sure you have Norbite's Script Extender downloaded (Its required for LeaderLib and the link can be found with most mods that require it)

Tutis Oct 9, 2021 @ 10:43pm
i cant use this mod because it forces 4 random characters onto me and i hate that i want to build my own team and it just ruins my fun so i cant really recommend this mod without an option for removing those 4 characters.

TheExiledRanger Oct 8, 2021 @ 4:48pm
Mod is working but I don't have the book anymore. Any way to generate one into my inventory to alter settings after changes in the update to LeaderLib?