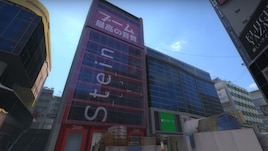 Adroon
Offline
See all 237 collections (some may be hidden)

This item has been added to your Subscriptions. Some games will require you to relaunch them before the item will be downloaded.
Description
Akihabara:
A bomb defusal map set in a centre of Tokyo's Shopping district named Akihabara!

During routine road-maintenance an unexploded World War 2 bomb is exposed, causing fears that a segment of Akihabara could be destroyed if the situation is not resolved by police forces!

Terrorists have leapt on the opportunity to create chaos in the city district and are planning on setting it off!

Faceit Hubs:
These maps are playable on faceit starting today!

Special Thanks:
Nonagon (Discord Server): Adroon personally thanks you for all the support during the map-making process and the contest.
Source Discord and /r/csmapmakers: For running and organizing the contest!
Mapcore: For running playtests and Faceit hubs.
Hama: For providing endless encouragement, motivation, and support for Adroon during some of the toughest parts of the process.

Thank you!
Popular Discussions View All (1)

HAV0X Nov 14 @ 7:06pm
Me and a group of friends spent the night bhopping around this map, it was so fun! This map is fantastic, one of my favorites overall.