Store Page
Dota 2>  Workshop > 302 IE's Workshop
This item has been removed from the community because it violates Steam Community & Content Guidelines. It is only visible to you. If you believe your item has been removed by mistake, please contact Steam Support.
This item is incompatible with Dota 2. Please see the instructions page for reasons why this item might not work within Dota 2.
Current visibility: Hidden
This item will only be visible to you, admins, and anyone marked as a creator.
Current visibility: Friends-only
This item will only be visible in searches to you, your friends, and admins. 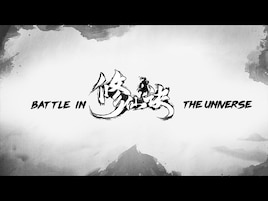 Soulsky812
Offline
See all 5 collections (some may be hidden)

This item has been added to your Subscriptions. Some games will require you to relaunch them before the item will be downloaded.
Description
Since Pangu emerged from the chaos at the beginning of time and created the world, the battle between Order and Chaos has never stopped.
Until one day, the border seal which obstructed the immortal and the devil had been broken. The exiled creatures were coming back, and Universe had been broken to pieces.
Heroes from different world and space-time have been involved into this endless disaster. According to the legend, the only way to achieve ZAOHUA is that you need to stand in an invincible position during this war.

What Does Leveling up a certain card/hero do?
Nan Yanoi
< >
90 Comments

Mercedes(slowdormwifiT_T) Mar 19 @ 10:52am
how to make hoodwink/darkwillow playable on the tales of scourge map?

atribida Dec 22, 2020 @ 9:54pm
hope you give translations. and descriptions to skills of some towers.

★ Dark Freeman ™ May 20, 2020 @ 4:48am
Most of the skills that have already been rolled back are not used immediately. Although, if you press it yourself, they will be bundled in cd in 1 second. (especially relevant for gold units with mana regen)
As well as for many units

Neew Rewards on Day and Win for Old Patch.