Store Page
Divinity: Original Sin 2>  Workshop > Dima's Workshop
This item has been removed from the community because it violates Steam Community & Content Guidelines. It is only visible to you. If you believe your item has been removed by mistake, please contact Steam Support.
This item is incompatible with Divinity: Original Sin 2. Please see the instructions page for reasons why this item might not work within Divinity: Original Sin 2.
Current visibility: Hidden
This item will only be visible to you, admins, and anyone marked as a creator.
Current visibility: Friends-only
This item will only be visible in searches to you, your friends, and admins. 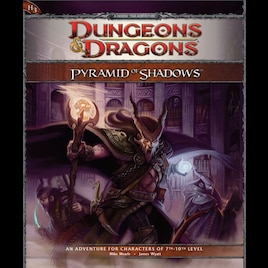 Dima
Offline
See all 300 collections (some may be hidden)

This item has been added to your Subscriptions. Some games will require you to relaunch them before the item will be downloaded.
Description
4/18/21

Massive overhaul on the whole thing. I decided last minute to scale everyone back down to level 1 and everything that comes with that. I probably missed some stuff but I'm not worried about it. Some areas have high level enemies because... you're not supposed to be there yet.

Along with these changes came more NPC's, with their own dialogs and routines.

There is still some work to do here and there, but I ran out of time. Summer is here and I have many summer projects to do before I can get back to this. If something isn't working, I'll likely not get to fixing it.

One weird little bug, if you recruit Nerfous (recruitable NPC) She may not register as a party member. So if everyone dies but she is still alive. You might see a Game Over screen. It's an odd bug that only happens here and there.


Currently working on implementing a day/night cycle and all that comes with that. NPC's that have schedules, yadda yadda yadda.

Exploring dynamic weather as well. The Pyramid in itself is a massive sidequest so naturally there need to be more massive sidequests too, right? Argent is in the works along with another kind of super secret mod.

I did some major adjustments inside the pyramid and have some ideas to improve the experience for future updates. this update has a lot of tweaks and scripting changes. If you want to see those scripting changes, you will need to start over (sorry).

I hope I fixed more than I broke, and as always, if something is broken please let me know!

While testing I noticed that I'm getting significantly less save/load game errors (The "Server Shut Down" errors) so here's hoping.

- Succubus dialog checked
- Added armor stats to some characters, removed for some others.
- The Well is smoothed out
- Script double entries removed
- Made the custom music much quieter
- Waypoints appear on map
- Tweaked the Warewolf battle a little
- Added much needed scenery in places
- Made some battles harder and more meaningful
- Matron of Agony works properly
- Can't cross the blood river anywhichway you want.
- Should still be able to beat the final area? Hopefully...

First and foremost IF YOU ARE A STREAMER AND ARE STREAMING THIS MOD Please please please tell me! I want to watch you either suffer, love it, or hate it. I get a TON of intel and ideas on how to adjust things based on gameplay. Shoot me a message on Discord and if I'm home I will absolutely love to watch!

Lots of tweaks. Added some quests. A whole nostalgic map. A super secret encounter no one will ever figure out, and if someone does, it wont impress.

I have split this mod into two different mods. One is strictly for music assets. If you don't want custom music, you can skip the DL for required things, but... it's going to make for some really quiet areas.

There are about a million ways to break quests in this game (main game too) and if you happen to break a quest, let me know how you did it. I didn't change the version number, so hopefully peoples saves are still intact. If not, sorry. You'll have to start the adventure all over again. (which might be a good idea anyways since new quests are in the first area)

Issues: If you travel to another area requiring loading (Besides the pyramid) you will need to rediscover all the waypoints again once you return... feature of the game. yay.

I have had the pleasure of testing and playing some of my friends' mods and they are very excellent! If you have the time, try these out as well!

Want to know what I'm up to? Watch my streams on Twitch here: https://www.twitch.tv/dima001

Have Discord? Join up! https://discord.gg/BjGXhbn

If you're still subscribed to the depreciated mod, do yourself a favor and unsub from that one and sub to this one. It will absolutely not be updated any longer due to the engine update. If you want the most current working version, this is the mod to have.
Popular Discussions View All (2)

Dima  [author] May 7 @ 11:15pm
I put out a hotfix for the atmospheres. I hate working with the lighting settings in the engine, so I went really conventional. Hopefully this is fixed for you guys. I ran it and it was fine on mine.

Bleu Apr 25 @ 8:15pm
second floor triple key locations 1 hanging from a tree in the hall of agony where all the bodies are. 2 inside a petrified lizard assassin, same area as the pick a dick doors. 3 in the barrel room hanging from a chain on the side of the room.

Bleu Apr 25 @ 12:23am
Doing a playthrough with a buddy rn, theres a couple problems with the new update. The biggest problem by far is that the random encounters bug quite often and end up aggroing every enemy on the entire map, causing you to have to wait a good 10-15 min before its your turn, allowing you to escape combat. The second is that the outside during night time is extremely dark, making you have to turn up your gamma a ton, and then you have to lower it back down during the day or else your monitor will flash bang you. I also personally think that the random encounters happen waaaaay too often, as I cant go 30 seconds without getting another random encounter. These encounters also end up eating your resources way too quickly, and dont give enough of a reward besides xp to make them feel worth while.

Grimsun Mar 24 @ 2:35am
For those like my buddy and I, who were stuck on the third key for the triple door, there is currently a really shitty bug, or an intended absolute BS to find key in the lava room. Assuming like me you clicked on a door to only be exploded to death, it seems that the key will bug out and not be visible. And trust me I was playing an undead so I even walked through the deathfog and zoomed my camera into fp to try and find it.The only way I can help is by advising that you use the aoe looting spell and go into the room and use it in areas to try and suck up the key. Alt will do nothing for you and it seemed bugged considering I clicked 50% of that room. Hope this helps. My best suggestion is try to avoid exploding the room (if thats possible) or have someone who can use apportation. This nearly ruined our play through as we were like 15 minutes from 2 hours of looking how to progress and nearly gave up. So I hope it helps others.

Feanoreal Mar 21 @ 9:04am
@Dima Hi, thank you for your work! We realy enjoyed it in coop, but stuck in 2nd floor - cant find 3rd key. We search whole level, even reload from autosave at start of 2nd level and search again - there is nio 3rd key. Saw in comments what it should be in room with lava and explosive barrels - no key where for us.
Can u help us somehow please? I can provide a savefile or video.

vladosnerus Mar 14 @ 3:48am
Hello!
I subscribed to your mod and downlowded it , but it doesn't showing in Modification submenu (neither in mods nor in adventures). At the same time music submod and other non-story mods are showing just fine.
I am using DE
PAK files are present in both documents mod foldeer and in steamapp
I am not sure that this mod problem, but, maybe you happen to know solution?