Store Page
Garry's Mod>  Workshop > a social guarantee's Workshop
This item has been removed from the community because it violates Steam Community & Content Guidelines. It is only visible to you. If you believe your item has been removed by mistake, please contact Steam Support.
This item is incompatible with Garry's Mod. Please see the instructions page for reasons why this item might not work within Garry's Mod.
Current visibility: Hidden
This item will only be visible to you, admins, and anyone marked as a creator.
Current visibility: Friends-only
This item will only be visible in searches to you, your friends, and admins. 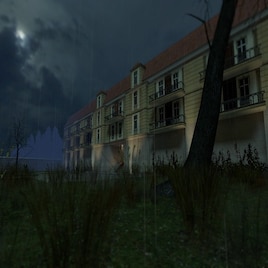 This item has been added to your Subscriptions. Some games will require you to relaunch them before the item will be downloaded.
In 1 collection by a social guarantee
devolution of organized crime

3 items
Description
MERCES LETIFER
_____
Briefing:
Welcome to Colombia, a beautiful country that has influenced the world with its colorful and unique culture $10 billion cocaine industry. Where 100% of its inhabitants are either hookers, drug dealers, drug lords, drug mules, hitmen, priests, or corrupt politicians.
We made you a reservation at the Santorini Hotel by the name of Mickey McHamfists.
This classy hotel is used as a front by the Colombian cartel for prostitution, chainsaw executions, hiding coke in hookers' vаginas, drug trafficking, drug smuggling, drug selling, drug- you get the picture.
You have 2 targets, and a briefcase to retrieve. Security is tight. Expect cartel members and corrupt policía.
----
Targets:
Luis Carlos
A corrupt politician who makes a living off of other people's misery, has ties with the Colombian cartel, takes out his frustrations on underage hookers, and goes to church every Sunday.

Roberto Lopez
Ex-FARC (Fuerzas Armadas Revolucionarias de Colombia) member, now working for the Barranquilla Cartel. Mailman during the summer, hitman during the winter. The bodies he buried would put a mass murderer to shame.

Briefcase
This MacGuffin belongs to Luis Carlos. Our client says it's very important that you find and retrieve it.
----
Additional info:
For a subtle approach, there's a crossbow planted on the roof (we couldn't get you a proper sniper because our contact messed up.)
In case things get loud, there's a 357 Magnum planted in your hotel room, and a SPAS 12 planted at the chocolate shop.
Use whatever means available to eliminate your targets and complete this assignment with as little attention as possible.
_____
Music used:
Jesper Kyd - Apocalypse
Baccara - Yes Sir, I Can Boogie
Juozas Naujalis - Preliudai
Cathy Claret - Loli-Lolita
Jeanette - Porque Te Vas
Elvis Crespo - Suavemente
Mike Shinoda & Joseph Trapanese - Drug Lab
Veils - Aurora
Schubert - Ave Maria
< >
73 Comments

[HM] The Demonic Mage, Sohum Oct 24 @ 8:14pm
I cant see any of the NPCs and all the doors are invisible? is there anything i need to have downloaded to make the doors, props and NPCs visible?

Elcrest, The Divine Hero Sep 17 @ 5:42pm
you don the janitors outfit on the first floor and collect the keys on each floor

rackenpack Sep 11 @ 12:47am
im reading thru the song and see ave maria and think, WHAT PART DO I GET SHOT DOWN IN!