Store Page
RimWorld >  Workshop > The Word-Mule's Workshop
This item has been removed from the community because it violates Steam Community & Content Guidelines. It is only visible to you. If you believe your item has been removed by mistake, please contact Steam Support.
This item is incompatible with RimWorld. Please see the instructions page for reasons why this item might not work within RimWorld.
Current visibility: Hidden
This item will only be visible to you, admins, and anyone marked as a creator.
Current visibility: Friends-only
This item will only be visible in searches to you, your friends, and admins. 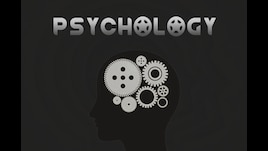 This item has been added to your Subscriptions. Some games will require you to relaunch them before the item will be downloaded.
Description
Doesn't require a new save!
Mod options available!
B19 version: https://steamcommunity.com/sharedfiles/filedetails/?id=1499800980
All versions 1.1 and onward: https://steamcommunity.com/sharedfiles/filedetails/?id=2016263135

"This is the absolute best mod for Rimworld. It adds innumerable layers of depth other mods could never hope to achieve. Well done."
"I can't play rimworld without this beautiful mod!"
"This is truly a masterpiece of a mod and I hope the developers see that and include it in the core game :)"
"This mod is so fundamental to the way I have come to play Rimworld that I will not start a single B19 game without it."
"This is the mod in my opinion that TRUELY makes Rimworld one of the best games on Steam."
"This mod really enriches the gameplay of Rimworld. I am much less likely to play without it."
"This is the first comment I've made in ages for any mod I absolutely love this mod and can't believe you did it solo."
"I can't really tell what it's doing, but it's so critically acclaimed that it's gotta do something right?"

This is a total overhaul of Rimworld's psychological and social systems. Your colonists, and the stories you can tell about them, are what make Rimworld such a fun game. Unfortunately, besides what they can contribute to the colony, colonists are pretty much interchangeable. Now, everyone you encounter will have a unique and recognizable character archetype, giving them massively increased depth and charm. Their personality traits will affect absolutely every facet of their interactions with other people, which have also been expanded to allow your colonists more ways to get to know each other and express their individuality.

Psyche
Every person on the rimworld now has their own attitude and personality as part of the new psyche system, entirely separate from traits. You can view a rundown of their personality traits in the Psyche tab. A colonist's psyche has a real and noticeable effect on their social interactions and self-expression. Colonists' relationships with each other are now far more realistic, varied, and driven by their persistent identity.

Social
Colonists (and non-colonists) hold conversations with each other about a multitude of topics in order to form opinions on them. Two colonists might briefly remark on something as they pass each other in the hallway, or have a long discussion while working on crafting tables in the same room. Instead of being arbitrarily assigned a compatibility with each other, they will naturally gravitate towards like-minded people and away from those they have strong disagreements with. Colonists will even set aside their differences when the colony is small enough that they have to tolerate each other.

Some colonists may not have an opportunity to get to know each other very well, because they simply don't spend enough time in the same vicinity and never get an opportunity to chat. Parties are a great place for your colonists to get together and make new friends (or enemies). However, they will also now invite each other to hang out when they have free time, and spend a few hours relaxing and talking. Good friends will also hang out to keep their relationship strong, and empathetic colonists might even try to hang out with people they don't like to see if they misjudged them.

If there are relationships in your colony, they will make plans to go on dates when they don't have to work. Unless their schedule changes, they will meet at the scheduled date and time and spend time together to keep their relationship alive. Of course, if they're not meant for each other, a date may also reveal an incompatibility between them.

Sexuality and Romance
Instead of being arbitrarily assigned a slot-hogging Gay trait, everyone's sexuality is now graded on the Kinsey scale, from zero to six. The overwhelming majority of colonists will be straight, but their sexual orientations can have much more variety and their romantic interest in each other will be adjusted accordingly. Everyone also has both a sexual and romantic drive, influencing their interest in that part of a relationship. Depending on their personality, colonists may be more likely to have multiple "flings" rather than a single lover, and how they treat breakups is affected accordingly.

Mayorship
After a settlement's first year, elections will be held at some point every fall. A slate of colonists will announce their candidacy for mayor, and will present a platform to run on that is chosen based on their personality. A few days later, a polling place will be chosen and colonists will go there to cast their votes. They will vote for the candidate whose positions best align with their personality, and their opinion of the candidates may also affect their vote.

The candidate with the plurality of votes becomes the mayor until the next election. They will receive visits from constituents in their office or bedroom unless their schedule is set to Work during that period, particularly by people who are very unhappy or very content. Complaining colonists can find relief in venting to the mayor, and the mayor of a happy, well-functioning colony will be pleased by the words of support they receive.

Mental Illness and Treatment
The number of mental breaks has been vastly improved, and colonists will break differently depending on their traits. Inhabitants of the rimworld can also develop anxiety (usually in their teenage years), or acquire it after suffering PTSD from a stressful mental break. They will require occasional treatment (and good medicine, if it can be spared) to keep their anxiety in check, but once managed, it won't affect their day-to-day life. Some traits that can make colonists undesirable, like chemical interest and pyromania, can also now be treated to mitigate their effects at the cost of medical upkeep.

Additionally, the drug methadone is now available to help treat addiction. Instead of removing legs or trapping colonists in walled-up rooms, you can put them on a methadone regimen to eliminate the severe mood penalty, though they will still suffer all the physical effects of addiction. Methadone itself is mildly addictive, so be careful!

Mental breaks have been rebalanced and tweaked, and new ones have been added. Some of the new vanilla mental breaks are replaced by better versions that were in Psychology already.

Support
I do not accept any form of financial support. If you want to support this mod, then please subscribe to it, rate it, and tell everyone about it. If you absolutely must spend money on something, then gift Rimworld to someone who hasn't yet experienced it to support Tynan and the incredible work that he does. This mod would not be possible without the great game he created, and the strenuous effort he has put into supporting mod creators.

Compatibility
Thanks to HugsLib and Harmony, this mod should be compatible with practically everything. You can disable many features from the mod's options if you don't want to play with them, and also adjust your play experience. Mods which make changes to the code but do not use Harmony are quite likely to be incompatible with Psychology.

Anyone know how edit traits or kinsey raiting in game? Prepare Carefully doesnt work anymore... any other solutions?
Boyar
< >
1,084 Comments

citylights 3 hours ago
i cant tell and ive had this mod for a long time, does it change the base game coded biases for males to prefer young females, females to prefer older males, and males to be more likely to initiate romance? i noticed in my game it doesnt seem that way any more, things seem more equal now, but i'd like to actually know, because i greatly prefer it to be equal!

New Guy Jun 25 @ 12:07pm
Will this be updated to work with the latest rimworld build? It seems broken.

Dalruin Jun 21 @ 6:03pm
Will this mod stop my uncle from making the sexy time with my niece? or does anyone have a recommendation for a mod that stops family members from bumpin uglies?

Ron Everson Apr 7 @ 8:41pm
@Havie - banish him, lock the guy up in roofed room with a geo thermal or send him out into combat with no intention of returning :) ... problem solved, they will elect another one :D

Havie Apr 2 @ 6:59pm
How do i disable the mayor portion of this? The guy that got elected has an inability to perform social (never should have gotten elected) and now everyone is getting huge mood debuffs while visting with him instead of working...