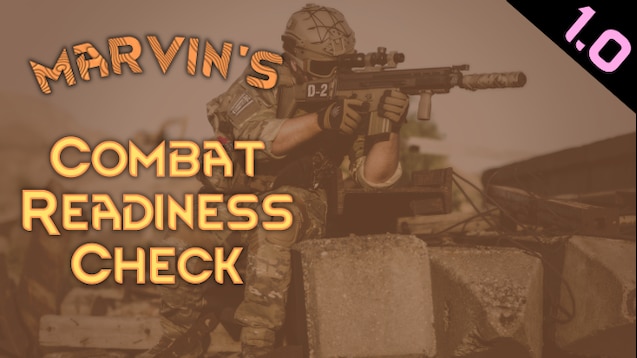 Marvin
Online
See all 966 collections (some may be hidden)

This item has been added to your Subscriptions. Some games will require you to relaunch them before the item will be downloaded.
Description
Alters the normal threat points calculation.

Threat points are used by the storyteller to, for example, 'buy' raiders from a list to make up the next group that will raid your colony or ambush one of your caravans.

You can use the in-game Mod Settings menu to adjust some of the settings for how points are generated. Select Combat Readiness Check, and edit the values. They will stay in effect as long as you're using the same saved game folder.

A debug option is available in the mod settings menu. This will output the current armoury points and building points to the log. Colonist points are also logged, but only if you turn on Write Storyteller in development mode.

Wealth calculation
Animals
Animals which have release training count for 9% of their combat strength (vanilla: similar percentage, but all animals that could be trained, even if they aren't trained).

Processing points
The combined points are then processed by the Combat Readiness points curve (vanilla: no points curve).
After that the points are multiplied by the modifier for difficulty level (vanilla: same).
There is a global maximum of 10000 points or 20000 for Merciless difficulty (vanilla: 20000).

Current version: 1.2.0
Please ask me before re-uploading this mod.

Don't comment asking when the mod will update.
Comments regarding mod updates have become a nuisance. I can understand that people get excited and post before they think or read, but I have social media, go and check there to see if I have posted about RimWorld. You will be saving me a lot of time.

Navigation
Go to the Beta 19 version.

If you like this mod, why not consider looking at some of my other mods?
< >
166 Comments

Highlandman Oct 8 @ 2:17pm
@Mlie Hi, thanks for the update. Do you know if this mod in compatible with Rim War?

k0555230 Sep 14 @ 12:06pm
there seem to be some issues with dubs hygiene mod.
when i load combat readiness with it dubs mod breaks while it runs fine without

Hiroyan495 Jul 30 @ 11:38am
Did they change the formula for the threat point calculation that is listed on the RimWorld wiki?

"Where C is the number of colonists that your base has; iW is the base's item wealth; bW is the base's building wealth; sR is the short-term ramp-up factor; lR is the long-term ramp-up factor; D is the difficulty's threat scale factor (i.e. points multiplier); T is based on the number of big threats (i.e. raids, manhunter packs, mechanoid ship parts, and psychic waves) that your faction has experienced; and R is based on the strategy that the raiders are using."

bungus May 27 @ 8:27pm
Its a shame that you've abandoned this mod, was one of my favorites.

Side1iner Apr 29 @ 9:31am
@Viper: Thanks! Better than nothing, althoug it doesn't really cut it compared to CRC... Still hoping we'll get an update sooner or later!
< >