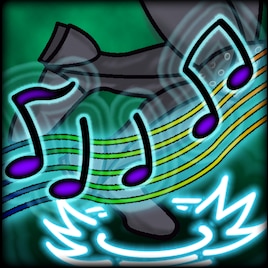 baardvaark
Offline
See all 1932 collections (some may be hidden)

This item has been added to your Subscriptions. Some games will require you to relaunch them before the item will be downloaded.
Description
This mod adds almost 50 new skills, themed around the bard, the artificer, and to lesser extent, a monk or barbarian. Bard skills depend on leadership, while artificer skills require loremaster and a variety of other abilities. Bard skills manipulate statuses and apply buffs and debuffs, with few direct damage skills. Artificer skills mostly manipulate items, both in and out of combat, as well as focusing more on "force magic" that deals physical damage.

Sorry for the delay in updating! I have reworked this mod with a focus on compatibility, rescripting many of the skills. However a few skills remain as part of the Base.charScript, which may be incompatible with other mods (not sure which ones affect that). Other than rescripting the skills, it is mostly the same, except lutes have a new projectile which is kind of neat. I may go in and polish it more, but I wanted to get this out there for now.

Credit to Mialune for custom icons for most of the bard skills!

Swindle: Steal buffs from a character.

Dance of the Elements: apply random elemental vulnerabilities to enemies, reducing their resistances whenever they take the relevant damage.

Dream Scream: Wake up a sleeping target into pain, madness, and a random debuff.

Masochistic Melody: A buff that grants a character increased damage and crit chance whenever they receive a negative status.

Song of Living Nightmares: Grant a random debuff on nearby enemies, which pierces armor. Also "upgrades" several statuses, like converting chilled to frozen, burning to necrofire, etc. This is one of few skills that scales with wits, which I plan on making more prevalent.

Resonance: Heal a target according to the number of positive statuses they have, removing these statuses while doing so.

This mod also adds equippable "lutes," which function either as two-handed clubs or mid-range wands that deal piercing damage. There are a handful of unique lutes throughout the game that modify your skills in different ways.

Duplicate: make an additional copy of an potion, food, or ingredient worth less than 50 gold (long cooldown).

Gluttony: Force an enemy to consume all the food in their inventory or on the ground within 8 meters.

Grasshopper Legs: Grant an ally the ability to jump a great distance once per turn.

Nihilistic Materialism: Curse an object (e.g., a ladder) so whenever a character uses it, they are cursed for 2 turns.

Reconfigure: Reroll nearby epic+ weapons into new variations, with a chance to degrade them to rare or uncommon.

These skills mostly take advantage of a new status I made, Staggered, a lesser-form of knockdown, basically, which is an AP recovery reduction along with other maluses.

Grapple: knock a nearby target down for up to 3 turns, increasing the AP cost of your actions while doing so. This is a contest of strength and dexterity, where the character can save against it each turn.

Shove: Throw a character a short distance, with a good chance to "stagger" them if thrown a great vertical distance (like off a scaffolding).

Leap: Leap a short distance, with a chance to be staggered if you jump down vertically.

Dive Bomb: A phoenix dive-like skill, only it staggers characters in a radius dependent on the vertical distance you jump.


There are five new character creation presets: Bard, Skald, Artificer, Civilian, and Cheat Bard (starts with a few diamonds). The Enchanter preset has also been modified to be a bard class, so you can recruit Lohse (or anyone else) as a bard. Nebora sells Artificer skills, and Laslor, Exter and Fingal Boyd (lute maker by windmill) sell bard skills. The Lady Vengeance orb trader also sells both artificer and bard skills. Suggestions for future traders appreciated.

Duplicate will set an items quantity to two or three, even if it is a larger stack. Trying to fix this, but for now, only duplicate 1 item stacks.

Spell effects, too, will be improved over time.

This mod is incompatible with any mod that alters the "Base.charScript." This includes the Druid class. Bard mod is heavily dependent on scripting, where other mods may be less so, so Bard mod being later in the load order will tend to minimize bugs with other script mods.

Credit to Ameranth for ideas/scripts for Borrowed Time and Cauterize.

If you're interested in supporting me, consider joining my Patreon!

Tragedy Itself May 21, 2021 @ 9:59am
why does the bard class have to have normal attack as smacking someone with a lute? That just looks and feels kinda wrong? :D

McCarrick Mar 7, 2021 @ 8:18pm
Update: The issue was Lohse was using the item "Thrasher", I went back to another Lute weapon and it works fine. So if anybody does happen to use this mod - don't pick up the damn Thrasher or any other lutes that set statuses presumably.

McCarrick Mar 7, 2021 @ 8:04pm
I'm having an issue in the Marshes outside of Fort Joy where when I cast Jingle, the game breaks. Its like I'm in limbo - I can still walk around, click and "cast" spells from my hotbar - but nothing at all happens when I'm supposed to interact with something. I can't attack, nothing happens when I cast a spell, I can't even leave the game! Even force-closing it doesn't work, I have to threaten my PC with a manual shutdown to get it to force close.

Needless to say, quite a game breaking error. It has worked fine up until now, and I haven't added any new mods. Jingle was working excellently right up until the Marshes, using it in every single fight without problem.

Going to attempt to drop Bard to the bottom of my load order and see if that resolve the issue. Any further input would be appreciated, would certainly rather not be gimped by not being able to use my few abilities on Lohse in a Tactician + Random Combat save.

Priestelar Dec 17, 2020 @ 6:22am
The bard class is pretty clunky and not good enough for a full fledged class.
It bugs Lohse's default starting class and messes up the enchanter starting class.
The mod is outdated and a bit buggy, as it stands now I would not recommend trying it out. Ive tried it a few times but i reroll into warrior with only keeping Jingle and Crescendo as those are the only 2 actually good abilities from this mod.

Smiley Face Killer Sep 18, 2020 @ 5:46am
Is there any way or if its already an option id love to know, but to have the new warfare skills available seperately?

Ypherh Sep 12, 2020 @ 10:18am
Why are some items used as ingredient not elligible for duplication?
I can name : intestines, empty containers(cups, bottles,...), fuses

Adonan Jun 25, 2020 @ 4:42pm
Well well well, look what little mod popped onto my radar. I started playing this game after DE came out, so I never got to try the original.

The Sparrtan Apr 3, 2020 @ 12:58pm
So using the duplication spell in this mod, I'm not sure if it's a conflict with the other mods i have installed, causes the Xbox A button to pop up as the pick up key. I do not know what's causing this bug.

G-Fiti Feb 24, 2020 @ 9:13am
Hey, I got a "WPN_MasochistLuteTwo" from killing the Lamenting Abomination in Act 2. But when I try to use it my other character that is not using it suddenly becomes sort of frozen, cant move or use the character, loading or trying to save also breaks the game entirely and leaves me with a black screen. Is this fixable?
< >