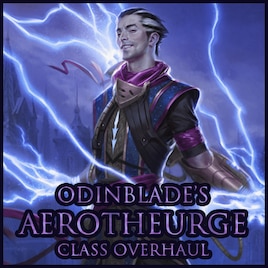 45 items
Description
This mod requires OdinCore - Mod Services to use.
Looking to harness the wind? Got a desire to manipulate the atmosphere? Dead-set on forking lightning across the battlefield? This mod overhauls all existing Aerotheurge skills, as well as adding plenty of new ones, to deliver a truly shocking Aerotheurge skill tree!

"Lightning cannot be controlled, but it can be exploited. Such is the same for all forms of raw power."

Playstyle
Magic schools in Divinity: Original Sin 2 have been designed to facilitate user creativity of playstyles and builds; this Aerotheurge Overhaul is no exception. With the improvements made to all Aerotheurge skills, along with the introduction of over 15 brand-new skills, this overhaul bolsters the creativity of Sourcerers. Although magic schools are essentially an open book, I have identified 4-key playstyles I think you’ll all enjoy:


Build cards found in the image gallery at the top of this mod page give some high-level pointers into how to utilise these playstyles effectively. My personal favourite is the Electromancer, a maniacal playstyle which forks electricity across the battlefield.

Skills
CLICK HERE TO VIEW THE SKILLS[docs.google.com]
You may have noticed some skills from Divinity: Original Sin EE making a return with some additional effects, such as Conjure Wind Elemental and Winds of Change. I thought it was about time to bring back some old favourites to provide new and interesting build paths.

Additionally, as a comprehensive overhaul, this mod also reworks a lot of the basegame Aerotheurge spells, and I have compiled these changes into a doc:

CLICK HERE TO VIEW AEROTHEURGE SKILL CHANGES[docs.google.com]
Stormhammers
Stormhammers are new mace-based weapons (meaning they can be used with skills such as Whirlwind) which deal Air-damage and scale with Intelligence - forged to smite your enemies! Stormhammers also grant access to a new skill - Thunder Slam, a ranged attack which forks between foes. 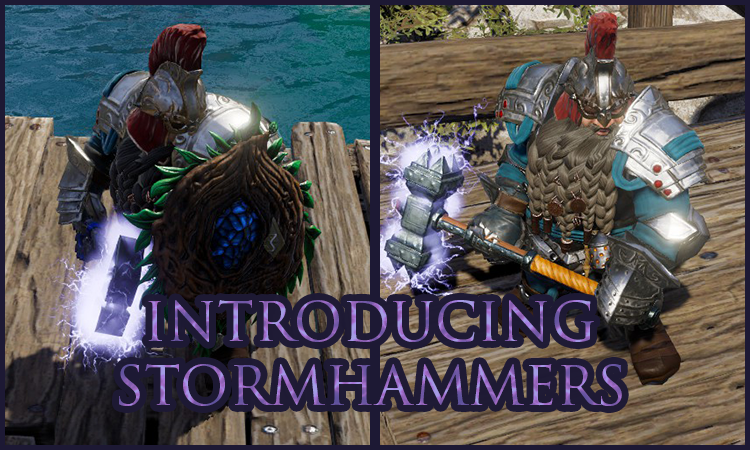 Stormhammers can be purchased from Zarekei, the new Aero vendor.
*NEW* One-handed Stormhammers have been added as of version 1.0.1. Enjoy!

Zarekei, Lord of Thunder is an expert in air magic, and he is able to sell the party skillbooks. Zarekei also sells crafted skillbooks at levels 5 and 13. He can be found throughout the game in various locations:

Basegame Aerotheurge vendors also stock the new non-crafted skills and weaponry, and the new vendors can be toggled on/off whenever you like using the Odinomicon mod settings menu from OdinCore.

NOTE:THIS MOD IS NOT COMPATIBLE WITH THE CLASSIC VERSION OF THE GAME. ATTEMPTING TO USE THIS MOD IN CLASSIC WILL LIKELY CAUSE BUGS AND ISSUES.
Popular Discussions View All (2)

Jaune Dec 24, 2021 @ 4:26pm
It works with Divinity Unleashed, but a specific spell (Winds of Change) can break some of the fun that Divinity Unleashed adds.
The last mod in your load order determine "who wins" change wise.
For example, if you put DU last, Teleportation will cost 3AP, but 2AP if Odinblade is last because DU makes this change

mouse thing Dec 4, 2021 @ 10:37pm
Do these work with Divinity Unleashed, and can I apply these mid playthrough?

HzT Nov 21, 2021 @ 5:21am
isn't thunderbrannd skill a bit op? i tried that and the damage from my basic attack (using dual wand) is getting very high compared to any other skill

Nullified38 Feb 18, 2021 @ 5:33pm
Hey, I'm a big fan of your overhaul mods here. Just wondering if there is a cheat chest or something. I want to test out some builds but am having a hard time.

DollTon Nov 26, 2020 @ 2:02pm
Are there any plans to add like, a Lord of Lightning Talent or maybe an overhaul or addition of a rune that could give Aero Resistance and intelligence? That would be nice for an Aerothurge Wizard

HarrisC Nov 10, 2020 @ 7:50am
Really love the concept of the new skills and the improvement over the original skills, I just wanna know if its possible to add a storm sword or storm blade along with the stormhammer, i just love swinging sword more than a hammer.

big pick energy Sep 18, 2020 @ 10:35am
Am I mistaken or is it possible to set Conductive directly with two skills, both of them tier 1? Superconductor requires another status. I find this somewhat strange.
< >