Store Page
Reassembly>  Workshop > Flypaste's Workshop
This item has been removed from the community because it violates Steam Community & Content Guidelines. It is only visible to you. If you believe your item has been removed by mistake, please contact Steam Support.
This item is incompatible with Reassembly. Please see the instructions page for reasons why this item might not work within Reassembly.
Current visibility: Hidden
This item will only be visible to you, admins, and anyone marked as a creator.
Current visibility: Friends-only
This item will only be visible in searches to you, your friends, and admins. 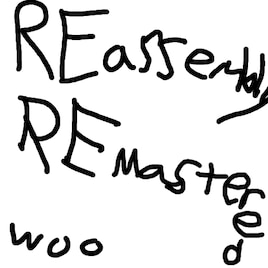 This item has been added to your Subscriptions. Some games will require you to relaunch them before the item will be downloaded.
In 1 collection by Flypaste
Reassembly Remastered Experience

So I woke up one morning, and thought to myself... "Reassembly is cool. But what isn't cool... are all these dumb rules that are needed for tournaments to run." I was, in fact, so passionate about the dumbness of rules, that I went on an adventure culminating in this project.

I have taken the liberty of breaking the game's balance down and rebuilding it from the ground up, at the most fundamental level possible. I went to great lengths to ensure many ship design styles are viable: Aesthetic builders? You'll find you're no longer being punished for daring to exist. This is just one example. There are many. Too many to easily list here in this description that I am slamming out. I'll write a guide when the mod is complete.

Dukeslayer & I will be running tournaments to help develop the mod and its meta. The primary goal is to keep the game fresh for all of eternity. If you find a balance exploit of any sort, notify one of us ASAP so it can be fixed. Mod updates will be frequent.

Notes: At this time, all vanilla factions EXCEPT Tinkrell have been fully implemented into the mod. There will be errors in the mod menu. This is normal because vanilla blocks are being overwritten with new stats, there is currently no way to hide the errors.

The mod is 80% safe to install into and remove from vanilla save files whenever you want, with one exception:
Some useless farmer guns have had their sizes changed. This will corrupt any farmer ships that were using them in vanilla. DO NOT install this mod on an active farmer save unless you want your ships to get corrupted.

Quickstart Guide:
- All armor blocks cost 1p.
- Block health no longer scales between size. A scale 1 square has the same health as a scale 2 square, which has the same health as a scale 3 square. This applies to all shapes.
- With the new update from the beta branch kiters have become an absolute nightmare. As such, several weapon systems have been reworked to allow them to be dealt with.
- The role of shields has been inverted: They are now best on fat ships rather than fast ships. They also explode when destroyed.
- Thrusters now have higher stats so you don't have to use as many of them. To get a vanilla ship to have the same thrust as it did previously, you'll need to make all its thrusters 1 scale smaller.

Credits:
Myself, for doing all the work.
Dukeslayer, my primary consultant.
Mons & Splinter, for breakthroughs on shield balance.
(balancing shields is a goddamn nightmare)
Lost Soul & Icemourn for drone shapes and designs respectively.
Special thanks to the competitive community on the Reassembly discord for their everlasting support.

I HIGHLY recommend running the game with this graphics mod, if your PC is good enough to handle it: https://steamcommunity.com/sharedfiles/filedetails/?id=1718595874
< >
19 Comments