Store Page
Arma 3 >  Workshop > Lucas's Workshop
This item has been removed from the community because it violates Steam Community & Content Guidelines. It is only visible to you. If you believe your item has been removed by mistake, please contact Steam Support.
This item is incompatible with Arma 3. Please see the instructions page for reasons why this item might not work within Arma 3.
Current visibility: Hidden
This item will only be visible to you, admins, and anyone marked as a creator.
Current visibility: Friends-only
This item will only be visible in searches to you, your friends, and admins. 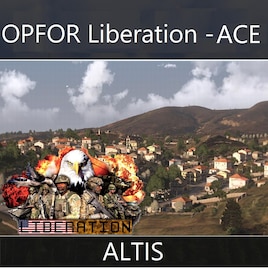 This item has been added to your Subscriptions. Some games will require you to relaunch them before the item will be downloaded.
In 1 collection by Lucas
OPFOR KP Liberation Maps

After looking at all the liberation missions it became clear that there where hardly any OPFOR sided liberation missions out their, compared to the orignal one, so we decided to deliver an OPFOR experience to liberation by making a Kp Liberation based on the OPFOR faction. I recommend changing the parameters if you are playing solo.

So what we have done here is take Kp Liberation and change all the factions around to make it so you are able to play as the OPFOR faction, with out having to do anything, below is just a few of the main changes. We have used Project opfor as part of the base gear that will be used by the other factions.

This mission will support other mods.

- Added in new Parameter options so you can tweek the AIS settings. Had to remove mod for now, but params still work if u get get it form the workshop

Overview of the mission

The area has fallen to the enemy, and it is up to you to take it back. Embark with your teammates on a persistent campaign that will span several weeks of real time to liberate all the major cities of the area.

- Experience a massive “Capture the Island” campaign involving a large range of different settlements across the entire area.
- Cooperate with up to 34 players, including a Commanding role, two fire-team squads, a medevac and a logistical support squad as well as AI recruits to fill the gaps.
- Purchase both infantry and vehicles (both ground and air) using three different types of physical resources; supplies, ammunition and fuel.
- Build the FOB of your dreams with an in-game "what you see is what you get" system.
- Play within an immersive engine that not only punishes you for civilian casualty but diversely reacts in turn.
- Combat aggressive and cunning hostile forces who react and adapt to your actions.
- Monitor and work alongside, or against, independent guerrilla forces.
- Learn that every window is a threat thanks to the custom urban combat AI.
- Accomplish meaningful secondary objectives that will benefit your progression.
- Never lose your progress with the built-in server-side save system.

Capitals: There are several larger or important cities in the region. When all are under friendly control, you'll most certainly have beaten back the enemy to a point where they cannot re-establish control. This is your primary objective. They are very well defended and you'll have to deal with a very high chance of enemy reinforcements or counter attacks. Factories: Across the region you will find civilian factories under enemy control. Capture these, as they only need a storage area and can then produce the three resources. As such they are a very strategic first target! Military Bases: Home to large amounts of highly equipped enemy forces, these installations are heavily defended and will require large and well co-ordinated assaults if you have any hope in capturing them. While capturing enemy bases you'll prove that your operation is progressing in a promising way, therefore you'll unlock some heavier assets. Radio Towers (RT): When under enemy control, RT will be used to call in reinforcements when a nearby sector is attacked by our own forces. The reaction time will depend on the distance between the tower and the sector. When under friendly control, the towers will give useful map intel on hostile troop movements in the vicinity by intercepting their radio communications. 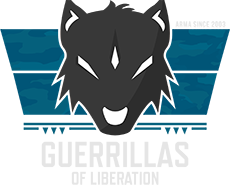 Lucas  [author] Jun 26 @ 8:04am
Frankly_IR Yes you need to open the mission with a program and change the config.
Vans Von Kieselstein The mission has an in built system to purchase items and weps and control AI so zeus would be cheating

Frankly_IR Jun 26 @ 7:06am
Hey Lucas. is it possible to change another kp liberation friendly side as OPFOR against BLUFOR ??

Vans Von Caillou Nov 5, 2021 @ 10:20am
Okay for real please answer me as to why I can not set the arsenal to be the ACE arsenal? and why there are no zeus parameters?

Fear | kgp227 Mar 7, 2021 @ 9:20pm
There's something wrong with the resources UI, it just flickers on the screen and fails to render properly