Store Page
Crusader Kings II>  Workshop > Buzhidao's Workshop
This item has been removed from the community because it violates Steam Community & Content Guidelines. It is only visible to you. If you believe your item has been removed by mistake, please contact Steam Support.
This item is incompatible with Crusader Kings II. Please see the instructions page for reasons why this item might not work within Crusader Kings II.
Current visibility: Hidden
This item will only be visible to you, admins, and anyone marked as a creator.
Current visibility: Friends-only
This item will only be visible in searches to you, your friends, and admins. 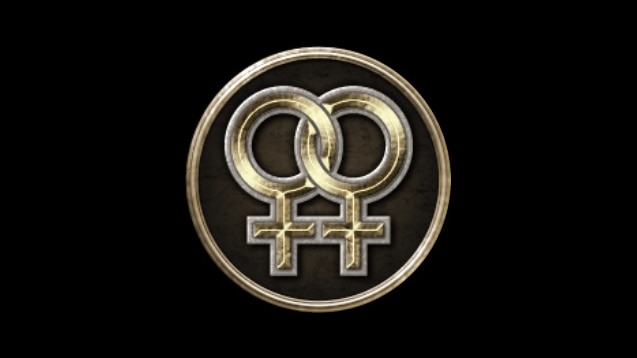 Buzhidao
Offline
See all 72 collections (some may be hidden)
You need DLC to use this item.

https://discord.gg/d7EXT55hPJ
For news about the future CK3 mod, join our Discord server.

Support me on Patreon: https://www.patreon.com/buzhidao

Great Works addon[www.loverslab.com] by Trioculus. Yes, it's on that website.

ATTENTION: make sure the "Gender Equality" rule is set to "Default" before starting the game. Required CK2 version - 3.0 or higher. Holy Fury DLC not required, but recommended.

Meant for people who like to play female/lesbian characters in Crusader Kings 2, this mod offers 3 paths to reshape the society in your image, depending on your starting point:

1. For European/West Asian feudal characters.
Take inspiration from the Ancient Greek culture and organise an underground lesbian circle with a focus on education and culture. Spend your days in the company of women to satisfy your base needs or focus on literature and scholarship to boost Tolerance in your capital and pave the way for the rise of a world where opportunities are equal for women and men... Or go even further and remove men from the equation entirely, creating a gynarchic society, but risk large-scale uprisings and interventions from foreign patriarchal nations.

2. For Indian an Tibetan characters.
Join the infamous Golden Orchid and vow never to marry men, and live out your life in celibacy or in a partnership with a female lover. You will have to adopt daughters to further your line and keep to your vow, because if you are found out to have slept with a man, you will be banished from the society.

3. For tribal/nomadic and/or pagan rulers
A powerful chieftess can reorganise her tribe/clan and set up new traditions, creating a matriarchy. Carry out new rituals and use your new powers to help your realm survive, but do not forget that your male vassals may not be so pleased by the new order.


Whichever path you take, you will eventually get a choice to create a gynarchy which will make all men ineligible to hold landed titles - except for theocracies if your religion doesn't allow women to hold temples. You will then have a choice: to keep things as they are, convert to a religion that allows female priests or force a theocratic reform, eventually making all your vassal bishops female. Yes, the Pope can also become female :D

I do not consider myself a part of any political group, my work is not a reflection of my political views and I do not believe that a person's race or gender can make them superior to other people. This mod is a work of fiction.

If you don't like that this mod is "feminist" or "SJW", please leave a comment to voice your outrage - everyone wants to hear your opinion.

Special thanks to:
- mrtats for allowing me to merge the content of the Republic Equality mod into Lesbocracy
- my friend Senna for her help and support
- the awesome and talented Jane T. for her help with writing events
- my friend Natalie for her help with testing
- 7respassing for the Chinese translation
- TomatoEddie for providing music for this mod
- livevil for creating beautiful society background images
- the community of a website we don't talk about in public for their support

Additional Resources
Chinese Language Patch
Adult Content Filter[www.dropbox.com] - use this to remove R-rated content from the mod
Simple Gender Editor for Stellaris - if you want to continue your playthrough into the Space Age

Buzhidao  [author] Aug 24 @ 10:54am
@adamthehun4 that's a thing in ck3.
And the point of historical games is not historical accuracy. They can't be historically accurate just by the virtue of the medium.

adamthehun4 Aug 23 @ 1:37pm
and forgo historical accuracy bite me shiny metal arse all jokes aside cultures that have higher emphasis on women in positions of power or held in high regard should automatically have gender equality active like the Celts or non-Abrahamic faith African states that means fetishist and animist African states

Saoirse May 22 @ 5:17am
this should have been in the base- game, to be honest. or at least something like it.

Erin Apr 18 @ 12:05pm
I was also getting the bug Canderous was having where, when starting as a female tribal ruler, it would flip laws to Full Status of Women after 1 day. No other mods, and only the required DLC (plus ruler designer) enabled.

After spending some time poking the problem, it seems that event LES.1000 is sometimes calling event LES.1020 when it clearly shouldn't.

On my game moving the line NOT = { has_religion_feature = religion_patriarchal } to the beginning of the trigger block instead of the end fixes the problem, despite the fact that both versions evaluate exactly the same in the console with the testevent command. I assume that somehow the event is getting checked before all the variables are fully initialized or something.

JTango Mar 27 @ 7:52pm
Thank you @Buzhidao. I was waiting for "If you have the "Lustful" trait or the Seduction focus, the event (i.e. seduce woman in dungeon) will fire anyway". Didn't seem to fire, despite "lustful" and "seductress" traits. I restarted with the "homosexual" + "lustful" + "seductress", used the console to make a debutante "homosexual" + "lustful" and eventually got an option to sleep with her. The opportunity to start the society began right after that. I appreciate both your work on this mod over the years, and your help! Thank you!

Buzhidao  [author] Mar 27 @ 11:43am
@JTango check the discussions -> guide to features for a rundown on how the mod works

JTango Mar 26 @ 6:38pm
When I start a new lesbian ruler, how do I know this is working? Now I see no society to join. Do I just wait and hope? Previously, when I started a pagan Welsh Princess in 867 I could join a lesbian society. When I started a female ruler in the area of India, I had a choice right from the start to join the Golden Orchid. Just now, as a Catholic ruler in the Hansa in 1241 or a tribal leader in the Ilkhanate, there is nothing under societies. Is the mod still working? I'm using ver 3.3.0 of CK2.