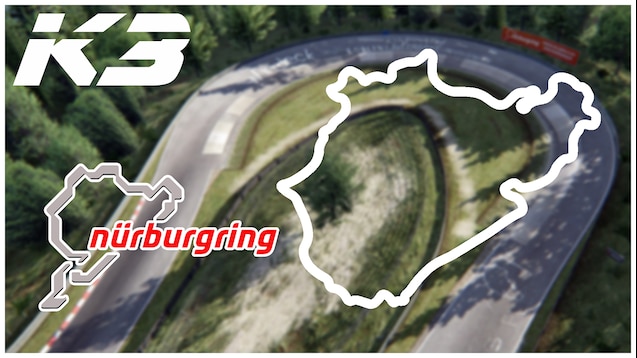 Fulysic
Offline
See all 104 collections (some may be hidden)

This item has been added to your Subscriptions. Some games will require you to relaunch them before the item will be downloaded.
Description
Nürburgring Nordschleife
"The Green Hell Legend" Length: 20.832 km Turns: 73 (33 left, 40 right) Total difference in altitude:approx. 300 m Since its construction (1925 - 1927), the Nordschleife has enjoyed a reputation as a terrifying and merciless route through the Eifel forests. An English journalist who visited the Nordschleife during the opening race on 18 June 1927 even concluded “that it seemed as if a reeling, drunken giant had been sent out to determine the route”. The Formula 1 pilot Sir John Young Jackie Stewart – after all a three-time world champion in 1969, 1971 and 1973 – was so impressed by the circuit that he gave it the name which it will probably never lose: Green Hell (Grüne Hölle).

Grommash Mar 18 @ 10:46am
Thanks to the developer of this map, truly a game changer