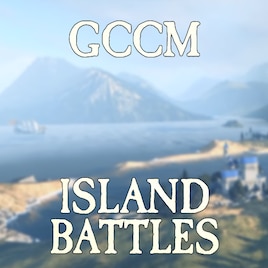 Marthenil
Offline
See all 3308 collections (some may be hidden)

Naval battles
CA has announced that they will be adding island and black ark battles to the base game! While this of course means that a large part of the background work that we have done will no longer be needed, it fortunately doesn't mean that we will be stopping this mod. With the release of the dlc we will be adding more island and black ark battles to the game, similar to what we've been doing with settlement battles as well. In addition to that we have some other plans that we hope to share soon.

So no worries, you can keep using the mod as is for now, and with the release of the dlc we'll have a compatible Island battle and Black ark battle mod! More news on that soon as well!

I have posted a much longer story about this on patreon in cade you want to read a lot of text for some reason:
https://www.patreon.com/posts/21861737

Hello everyone, it's finally here, the moment we've all been waiting for: The (beta) release of the naval combat mod.

There are currently 9 maps included, with more to follow soonish. You should still also get CA's maps. Theirs and ours should appear at different spots semi-randomly.

It should also work without the other parts of GCCM. I know they're listed as required, but they're more "very strongly suggested". There's not really any way to do that though, so I just listed them as required instead. Please note that if you do subscribe to GCCM main you will also need the asset pack and the settlement packs.

Pimpin Pippin Jul 23, 2020 @ 4:30pm
Could you please consider making a mod that replaces the bugged Black Ark map with the regular island maps for when Black Ark fights fleets on the sea?
Black Ark map is severely bugged since its release because it spawns its own army on the disadvantaged shores when attacking fleets.

SteelBlood Jul 1, 2020 @ 5:41pm
Man this is the buggiest mod I've ever had and deeply regret trying it out. I downloaded this a long time ago before it was included in the main mod. I tried disabling it because a lot of the maps were super buggy (enemies moving through solid cliffs/oceans/etc). And I literally cannot remove this mod. I've unsubscribed, deleted from the data folder, verified game files, the works. If I am playing co op with my friend, and I am not subscribed to this mod, we desync on every island battle. And this is without the mod even being enabled. I do not have any GCCM mod enabled in my current campaign, and am still somehow fighting island battle maps from this mod. How screwed up does a mod have to be where you can't delete it, and can't disable it?

Enragedfury Oct 17, 2019 @ 7:05am
Very nice but my reinforcements will not show up at all in battle while my opponent's will. 3 chaos hordes can crush my half-stack even if i have 5 armies grouped together. It shows all my forces in the menu but no reinforcements icon in battle. Unplayable until fixed. Very nice maps tho love all your content.