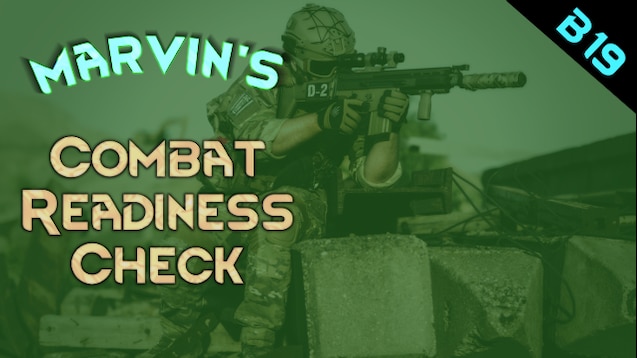 This item has been added to your Subscriptions. Some games will require you to relaunch them before the item will be downloaded.
In 1 collection by Marvin
Marvin's Most Abducted Mods (B19)

Threat points are used by the storyteller to, for example, 'buy' raiders from a list to make up the next group that will raid your colony or ambush one of your caravans.

You can use the in-game Mod Settings menu to adjust some of the settings for how points are generated. Select Combat Readiness Check, and edit the values. They will stay in effect as long as you're using the same saved game folder.

A debug option is available in the mod settings menu. This will output the current armoury points and building points to the log. Colonist points are also logged, but only if you turn on Write Storyteller in development mode.

Wealth from buildings is counted at 25% of value and converted into points by the Combat Readiness wealth curve (vanilla: 50% of value, vanilla wealth curve).

Animals which have release training count for 9% of their combat strength (vanilla: similar percentage, but all animals that could be trained, even if they aren't trained).They aren't counted towards wealth.

Includes 'Adaptation and Random Threat Point Multipliers Cap to One' which changes the adaptation and random raid factors so that they cap at 1, reducing the effect of those factors.

If you like this mod, why not consider looking at some of my other mods?
< >
50 Comments

Marvin  [author] Mar 16, 2019 @ 1:02pm
It makes raids scale mostly against your colonists and how good their weaponry and armour is, versus vanilla, which scales according to whatever kind of wealth is in your colony. So, easier, but if you find it too easy you can adjust the default settings upward.

Marvin  [author] Nov 18, 2018 @ 4:10pm
It changes threats so that they are scaled more in line with your difficulty level and your colony's readiness to fight. It means that the 'wealth management' that some players practice is no longer needed.

I am getting ready to release the 1.0 versions of my B19 mods, so that will solvle that problem.
< >