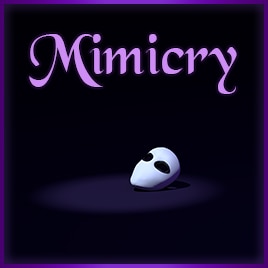 All coffee goes toward fueling my development efforts. Thanks!

Mimicry's main feature is the ability to automatically mimic the actions of party members in battle. Mimicking creates the possibility for new strategies.

Wear the Mask of Mimicry to fully become a mime, automatically activating all mime passives and learned mime skills.

The music box acts as a summoning conduit for the mime follower. It's available at Old Man Lothar, the LeaderLib trader.

Once recruited, the music box is a quick way to summon the follower to your position.

Class Preset
Mimicry also adds a new Mime preset, allowing you to unlock the Mime from the start. This preset is also available in the LeaderLib preset menu.

Source Mimicking & Source Regeneration (Lv. 10+)
At level 10 or higher, mimes can learn a skill that allows them to mimic one source ability per combat.

Additionally, mimes will regenerate 1 source point every 60 seconds outside of combat, or every 10 turns within combat.

Mimes automatically begin mimicking when their turn ends, and can toggle this behavior with the Disable Mimicking skill:

Additionally, mimicking is automatically disabled when Invisible or Playing Dead (this behavior can be changed in the Mimicry menu).

Like skills, basic attacks are mimicked, and the attacker's target position, target preference, and weapons are mimicked.

Self-preservation is enabled by default, so an undead ally drinking poison won't be mimicked by a non-undead character, and vice versa.

Facing
Mimes take the direction they're facing into account when mimicking. You can specify a direction to face when your turn ends with the Set Facing skill.

Hint: All passive statuses can be hidden away. No UI clutter necessary. 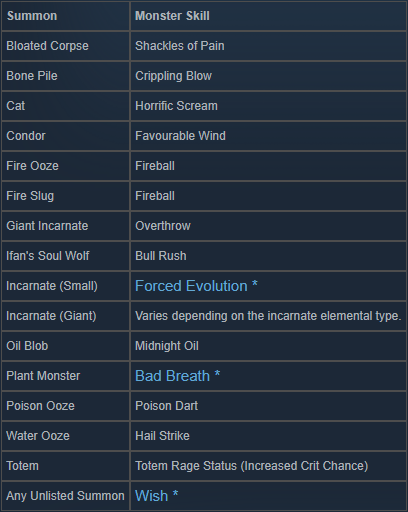 * New skill added by Mimicry
Mime Skills
Mime skills are only usable as a mime, and only available when the mask is equipped.

Here's a couple of teasers:

Buying Mime Skills
Mime skills can be purchased from the Mask of Mimicry itself, available when meditating (use the LeaderLib Mod Menu or the Inner Reflection skill).

Kodaxmax Oct 9, 2021 @ 11:04pm
I dismissed the mimic, intending to move him to another party member.
As he was moving away he walked through poison left from the fight, originating from my party.
He became hostile.
Amused, i proceeded to slaughter him.
After resurrecting him through the dialogue option when interacting with his body/ghost, he has become invisible and uninterruptible.

I have no idea if if this is fixable.

Alice Sep 28, 2021 @ 5:49pm
does this mod not work if you add it midgame? I can summon the mime with the music box but there is no option in the preset menu n talking to the mime after summoning it does not give me a mask.

Smokey Jul 4, 2021 @ 3:16am
unfortunately one thing that still does happen is the mimic losing their fist weapon at beginning of combat and beginning of new turn

Smokey Jul 4, 2021 @ 3:13am
wow i have actually found the issue and its simple. When i downloaded your mimicry mod i first downloaded it from nexus thinking that it was the same version as the one on steam. I just started playing with it today and was wondering why it wasent working so i came to the steam workshop page and found out the mod was on here too. So I looked at the dates for both versions and come to find out the steam workshop version is actually the most recent version so as soon as i downloaded and tried it ingame everything worked fine and i was very surprised to find out that i had a old version since i thought both nexus and steam workshop were on the same page. Sorry for wasting your time on this i was very confused to why it wasent working. thanks for your help anyways and i love all your mods i have a lot of them downloaded.

LaughingLeader  [author] Jul 4, 2021 @ 1:55am
Don't really know for sure without a copy of your save. There's a lot of conditional checks going on to see if an action can be mimicked, and that the mime can mimic it.

Smokey Jul 4, 2021 @ 1:52am
ok yeah something is incredibly wrong here. I started a new test save and went to the guy with the music box bought it and went to the voidwoken on beach and used a basic attack with wands and the mimic literally just sits there and does nothing. Used debug option and it still didnt work. At this point it seems like their maybe a compatibility issue with another mod in the load order. Dont know which one but i do have a couple of class addition mods and i do have "divinity unleashed", dont know if that is the root cause. I have leaderlib and animationplus both installed.

Smokey Jul 4, 2021 @ 1:39am
yeah i used the debug feature a couple of times and used the other refresh feature also and its just not working at all. i guess it may be something that broke in save but what would cause that to happen?

LaughingLeader  [author] Jul 4, 2021 @ 1:19am
Also I can't really say for sure if the summon option survived all the various updates. That's more of an unsupported tweak since it's initially disabled purposefully.

LaughingLeader  [author] Jul 4, 2021 @ 1:18am
@Smokey That is weird. Did you try unequipping the mask? There's some debug options in the menu too for resetting things. Sounds like something broke in your save (like the Mime not meeting the requirements for mimicking). This wouldn't be a load order issue.

Smokey Jul 4, 2021 @ 1:06am
sorry for another comment but the mod in general is not working for me. The mimic character i have on my team is lohse and she doesnt mimic party members or even summons since i turned that option on in the mimicry settings. it seems the only things that work are the skills the mimicry give by themselves and the actual mechanic of the class doesnt work. I have no idea whats the problem. I have the mimicry mod at the bottom of my load order so it is very weird its core function is not working.
< >