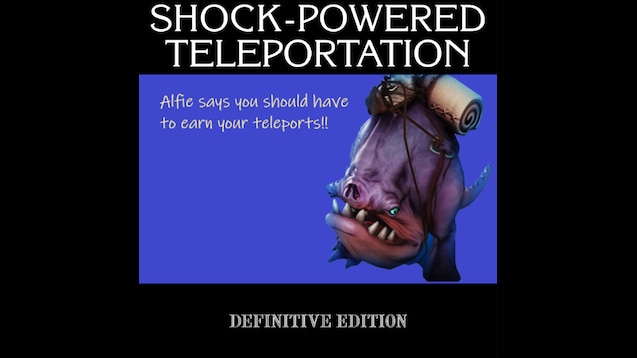 This item has been added to your Subscriptions. Some games will require you to relaunch them before the item will be downloaded.
In 1 collection by Pencey
Pence's Tougher D:OS 2

9 items
Description
Changes Teleportation so it only work against enemies who are already Shocked or Stunned, making teleportation a much less reliable means of dealing with adversaries.

Overrides Teleportation books, scrolls, and the Fort Joy gloves so that they now give a skill called 'Translocate,' which requires Shocked or Stunned on enemies but works just like the original spell when targeting objects and allies. The same restriction is applied to Netherswap, which is now called 'Shock Exchange.'

The enemy versions of these skills still function as normal. Players installing this mod after already learning the overwritten skills will need to learn them again to get the modded versions.

Alipheese Fateburn Sep 14, 2018 @ 10:27am
How does this work in the Fort Joy quest where you have to teleport a guy across? Is he coing to shock himself permanently, or how are we supposed to clear it? I havn't actually played the game with this mod yet, but i usually do that quest for some easy xp.
< >