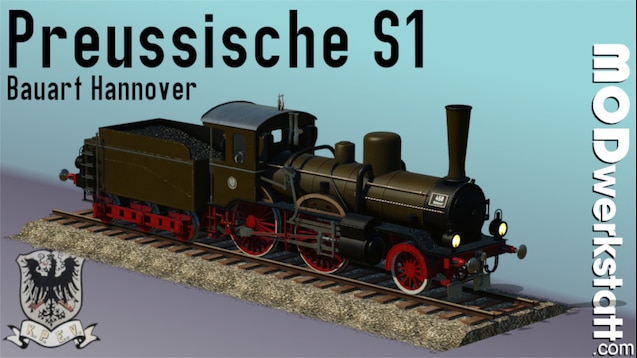 164 items
Description
The first series of the S 1 was 1884 the first compound machine for the express train traffic, which was manufactured for the Prussian state railways.
The advantage of the composite construction was the fuel saving. So these vehicles consumed about 15% less than comparable twin locomotives. However, the composite machines initially had design-related access difficulties, so that probably also the continuation of the composite S 1 was omitted. From this type of S 1 one developed later the P 3.2, which had a lot of similarities in the construction. The locomotives were all used in the direction of Hannover. Later, when they became too weak for express trains, they were also used in passenger transport. Most locomotives were decommissioned until 1914, few remained until 1922 in the inventory.


Players without Steam can find the download at http://modwerkstatt.com
< >
5 Comments