Greenlight > Games > MURA's Workshop
Greenlight is being retired. For more information on how to submit games to steam, refer to this blog post.
This item has been removed from the community because it violates Steam Community & Content Guidelines. It is only visible to you. If you believe your item has been removed by mistake, please contact Steam Support.
This item is incompatible with Greenlight. Please see the instructions page for reasons why this item might not work within Greenlight.
Current visibility: Hidden
This item will only be visible to you, admins, and anyone marked as a creator.
Current visibility: Friends-only
This item will only be visible in searches to you, your friends, and admins.
DubWars - Play Till You Drop!
Description Discussions16 Announcements8 Comments615 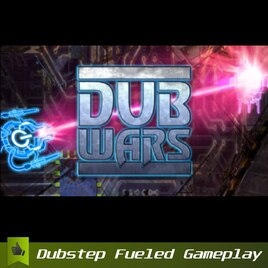 MURA
Offline
See all 67 collections (some may be hidden)
Kickstarter

View DubWars - Play Till You Drop! in the store

Thank you everyone for your support!

Now that the game is launched on Early Access we can get back to the next update. Here is a look at the new Synergy level by Dubsective.

Here is the concept we pulled from:

Thank you everyone for your support! We are working towards getting Early Access in place so you can participate in the latest changes.

Read More
Description
Release date: Jun 2014
DUBWARS IS CURRENTLY IN BETA
All of our info can be found at : {LINK REMOVED}www.dubwarsgame.com/kickstarter

DubWars is a top-down, twin-stick shooter where your weapons auto-fire to a musical track. We don't automate our levels, everything is custom built to the music to make sure it matches. We've made a lot of cool partnerships with major Dubstep and Electronica labels like Monstercat and FiXT Online, as well as a lot of smaller, independent artists. We've been featured at E3, and were one of the launch titles of the OUYA game console. We are looking to get this awesome experience onto Steam.

Game Features:
-Destroy waves of enemies to the power of Dubstep!
-Unique mechanics combine twin-stick shooter with music-based gameplay!
-10 (at least!) custom-built levels with amazing visuals and effects!
-Discover and support both independent musicians, and your favorite established artists!
-Bosses - Selected stages will also have this "Difficulty Mode" where you will face off against a boss! In these fierce fights the music will endlessly play till you take down the giant monstrosities!
-Weapon Upgrades - Upgrade your weapons using hard earned coins to take your weapons to the next level! Every weapon in the game will be upgradable. 100+ upgrades will be available!
-Difficultly Modes - Play in Light, Medium, Hard or Endless!
-Missions, achievements, upgradables, unlockables, and MORE!

goobert.jpg Jun 27, 2015 @ 6:23pm
I feel like this is agreat game, but a tad overpriced for such a basic game. It would be significantly more worth your money and time if it were expanded upon, as it is only (from what I remember from the demo) three stages. On the other hand, it is an intriguing concept and should most definantly be built upon. So buy it if you fancy it, but I am waiting for some large updatte or something of the sorts.

DubWars - Play Till You Drop! has been Greenlit and is now listed in the Steam store. For the latest information, purchase options, and discussions for DubWars - Play Till You Drop!, please see it on the Steam Store or in the Steam Community.
Visit Store Page
For more details Visit Community Hub
For latest discussions
If you really, really want to, you can continue to the Greenlight page. Information on this page may be out of date, since all the action has moved to the areas noted above.