Greenlight > Games > Wyrmling's Workshop
Greenlight is being retired. For more information on how to submit games to steam, refer to this blog post.
This item has been removed from the community because it violates Steam Community & Content Guidelines. It is only visible to you. If you believe your item has been removed by mistake, please contact Steam Support.
This item is incompatible with Greenlight. Please see the instructions page for reasons why this item might not work within Greenlight.
Current visibility: Hidden
This item will only be visible to you, admins, and anyone marked as a creator.
Current visibility: Friends-only
This item will only be visible in searches to you, your friends, and admins.
The Yawhg
Description Discussions8 Announcements3 Comments274 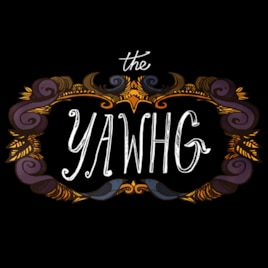 Wyrmling
Offline
See all 49 collections (some may be hidden)

View The Yawhg in the store

Store page
Recent Announcements View All (3)
The Yawhg is on Steam!
February 27, 2014 - Wyrmling

All thanks to you folks, the Yawhg has now launched on Steam! Go take a look, if you're so inclined: http://store.steampowered.com/app/269030

The Yawhg's soundtrack, with haunting guitar and vocals by Halina Heron, and brooding arrangements by Ryan Roth, is now available for your ears: http://dualryan.bandcamp.com/album/the-yawhg-ep

Read More
Description
Release date: May 30th, 2013
Get the game at http://theyawhg.com

The Yawhg is a one- to four-player choose-your-own-adventure game that randomizes a unique story every time you play. The evil Yawhg is returning. How will the town’s locals lead their lives in the meanwhile, and what will they do when the dreaded Yawhg finally arrives? The fate of a community hinges on the characters’ actions, and the decisions of their players.

Originally posted by Jim Squires, Gamezebo:
Not only is The Yawhg a unique experience in self-directed storytelling, it’s a visual and audio tour de force.

Originally posted by Javy Gwaltney, CultureMass:
The Yawhg is a gorgeous adventure that's likely to amuse and move you in equal measure.

Originally posted by Chris Priestman, Indiestatik:
Thematically [the Yawhg is] strong, and all of its design is driven to deliver a poignant experience that you’ll want to revisit.

Originally posted by Eric Mack, Gorilla Film Magazine:
The real joy [in the Yawhg] comes from multiple experiences, and seeing the variety it has to offer. This is, of course, aided by the game being utterly charming on most every front.

FAQ
Q: Will this ever come out on Mac/Linux/iOS/Android?
A: It's entirely possible! It would take a bit of reworking of the inside of the game, but it is a thing that is probably going to happen!

Q: I love the music, is the soundtrack available?
A: The album will be able to be purchased as soon as the game is released! It has some music that you don't even hear in the game, too!
Popular Discussions View All (8)

Question and Suggestion
One Flow Man

Any hint for a steam release date?
Wintermute

The Yawhg - 75% discount
Steam
Steam
coupon
75% discount on The Yawhg.
Can not be used with other discounts .

The Bacon Man Feb 21, 2014 @ 9:42pm
I got a chance to play this at the Fancy Video Game Party in Toronto and I have to say that it is EXTREMELY creative and a wonderful, story-game experience! I may have to buy this! Also not all choices are what they seem hehe

The Yawhg has been Greenlit and is now listed in the Steam store. For the latest information, purchase options, and discussions for The Yawhg, please see it on the Steam Store or in the Steam Community.
Visit Store Page
For more details Visit Community Hub
For latest discussions
If you really, really want to, you can continue to the Greenlight page. Information on this page may be out of date, since all the action has moved to the areas noted above.