Greenlight > Games > Vertigo Games's Workshop
Greenlight is being retired. For more information on how to submit games to steam, refer to this blog post.
This item has been removed from the community because it violates Steam Community & Content Guidelines. It is only visible to you. If you believe your item has been removed by mistake, please contact Steam Support.
This item is incompatible with Greenlight. Please see the instructions page for reasons why this item might not work within Greenlight.
Current visibility: Hidden
This item will only be visible to you, admins, and anyone marked as a creator.
Current visibility: Friends-only
This item will only be visible in searches to you, your friends, and admins.
World of Diving
Description Discussions38 Announcements7 Comments1030 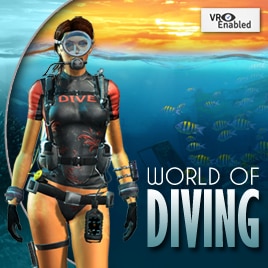 Vertigo Games
Offline
See all 163 collections (some may be hidden)

View World of Diving in the store

HOORAY! After many months of development, more than 22.5k forum posts with constructive feedback and awesome ideas from you, and growing our community out to a whopping 6k+ of open-minded enthusiasts, World of Diving is finally getting its Steam Early Access launch today.

All-new trailer: Early Access gameplay
We've created a new trailer featuring some all-new gameplay elements - including the mission editor that will allow you to create your own underwater content and share this with our awesome community!

Watch at your own peril, you might not be able to resist... ;) 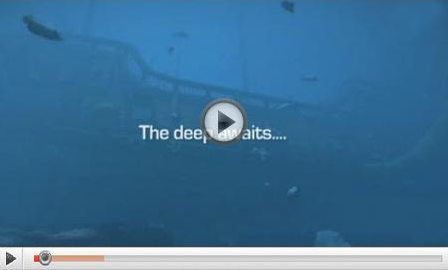 What is included in the Early Access game?
Apart from the currently available content, the upcoming update (=Early Access build) will include two brand-new levels to explore, so there's also going to be something new for our current players!

And let's not forget about the new features. We've been implementing some player progression which we'd love your feedback on, as well as the SUPER AWESOME mission editor. Start creating and sharing your own content in this new update - you won't believe how much we're looking forward to playing your missions. The sky (or should I say, the surface) is the limit!

What's next?
The Early Access launch is just the first big step for World of Diving - onto the full game launch! Behind the scenes, development always continues, and our next upcoming dive location will be a historic one: German WW2 Battleship the Bismarck! This wreck was located in June, 1989, by Robert Ballard (who you might know as the guy who discovered the Titanic). Read more about it here and check out a first, mysterious visual below... 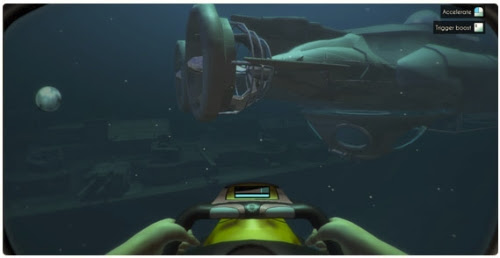 Thanks for sharing this HUGE moment with us and for helping us get here: you guys are awesome. As always, don't forget to check in with us on the forums[www.divegame.net]!

The latest World of Diving update is now available and will take you on a journey back in time in an all-new level for you to explore: the U-352 diving site. The U-352 is a German war submarine that sunk in the heat of World War II on 9 May 1942 - just south of Morehead City, North Carolina, USA.

Time-travel with us to Morehead City, North Carolina, USA (yup, they got that close!) in this video showcasing the new U-352 diving site level: 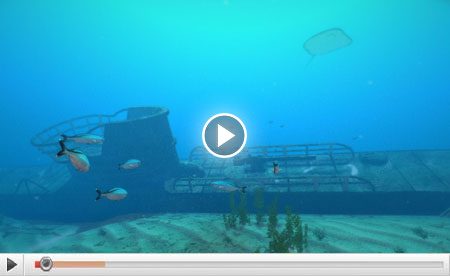 Read More
Description
Release date: Early Access: 2nd half of 2014
World of Diving is the first online multiplayer dive game for hardcore simulation fans and casual diving enthusiasts alike that comes with (but does not require) full Oculus Rift support. Starting out in the Caribbean, World of Diving recreates and brings to life the world of wonder and discovery that is at the bottom of the ocean, where you will be hang out with friends - whether you have met them in or outside of the game - and can dive with the sea turtles, hunt for the great white shark, and party on your own luxury yachts.

World of Diving is an ambitious undertaking with world-scale potential; all made possible through a combination of procedurally generated environments based on actual biological and geographical data, and manually designed real-world diving spots.

And there can be much more - that’s where you come in!

For more information on World of Diving, visit http://www.divegame.net, connect with us on Facebook http://www.facebook.com/WorldofDiving and tweet with us on Twitter http://www.twitter.com/Vertigo_Games.
Popular Discussions View All (38)

World of Diving has been Greenlit and is now listed in the Steam store. For the latest information, purchase options, and discussions for World of Diving, please see it on the Steam Store or in the Steam Community.
Visit Store Page
For more details Visit Community Hub
For latest discussions
If you really, really want to, you can continue to the Greenlight page. Information on this page may be out of date, since all the action has moved to the areas noted above.