Store Page
ARK: Survival Evolved>  Workshop > Uriziel's Workshop
This item has been removed from the community because it violates Steam Community & Content Guidelines. It is only visible to you. If you believe your item has been removed by mistake, please contact Steam Support.
This item is incompatible with ARK: Survival Evolved. Please see the instructions page for reasons why this item might not work within ARK: Survival Evolved.
Current visibility: Hidden
This item will only be visible to you, admins, and anyone marked as a creator.
Current visibility: Friends-only
This item will only be visible in searches to you, your friends, and admins. 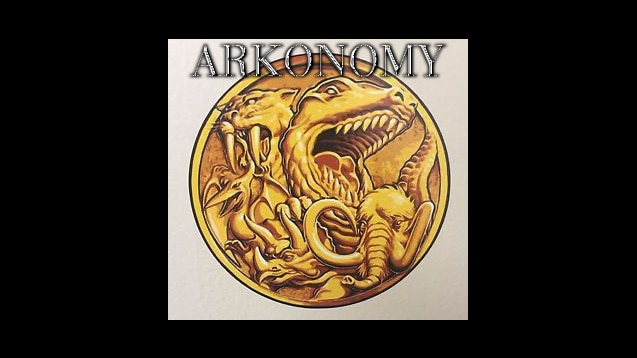 Uriziel
Offline
See all 61 collections (some may be hidden)

This item has been added to your Subscriptions. Some games will require you to relaunch them before the item will be downloaded.
Description
This mod is designed for use on our own server, however I decided to release it because I figured others might also enjoy it. It is CLEAN and STACKABLE in as much as that it changes no core game files and should be compatible with anything

This mod is "balanced" for PVE only, and in no way PVP friendly, or balanced. Our server runs level 300 wild dinos, with 2x gather rates for reference.

What does it do? This mod adds two new structures, a buying station and a selling station as well as lots more

All base game resources, crafted resources, recipes, alpha, apex, and most other items in the game can be traded at this station for currency which comes in the form of Gold Coins, Silver Coins, and Copper Coins

This station sells a wide variety of items, including new consumables, weapons, armor, and new tranquilizing supplies. You can buy back base or crafted resources, apex and alpha drops. (At a markup from selling)


Ammo - All base game ammo can be purchased, plus two new ammos needed for new weapons. Also includes reusable grappling hook which fits either the vanilla crossbow, or the new upgraded one. Now sells Cobalt Power Cells for use with upgrade TEK Rifle and Railgun

99.9% of these have brand spankin' new icons for your visual pleasure

Upgraded versions of the Metal Pick, Hatchet, Sickle, and Chainsaw which do roughly double damage, and take less durability damage per hit. Can only be repaired with special items from shop. Can be repaired in inventory

There are 15 new war saddles in the shop for dinos, and 2 relics. These saddles start off with slightly more armor than a regular saddle, but have a higher maximum armor leve. The relics provide armor like a saddle would

All Darts and Arrows except Explosive work in vanilla and upgraded weapons.

New Savage dinosaurs are much more difficult, and also award a few Tek engrams, currency, 2 pieces of loot, and repair materials upon being killed

These new Savage versions are far more powerful, and difficult to kill however than vanilla alphas

After killing the Savages their drops can be used to summon Legendary bosses as well.


Don't hesitate to offer suggestions, I'm more than willing to look at doing things inside the mod if it makes sense to do

PINNED: Bugs and Such
Uriziel

It's the hash slinging slasher!! May 11, 2020 @ 11:45am
I love the mod and use it on my server I just wish that there was more primitive looking selling and buying shop options as the tek ones lights are blinding and give me a headace everytime I have to turn them on.I also wish we could make some of the items like the tranq arrows!

Ragingarcher Feb 28, 2020 @ 10:45pm
Hi Uriziel. I sent you a friend request because I wanna discuss an offer I have for you concerning your mod.

HOOMAN Oct 18, 2019 @ 7:49am
@sunred just did a search on both of those things i see nothing that looks even remotely close too the logo on this 1 and in truth it fits perfectly for what the mod does so would say why is it any of your bussiness buddy what he used for his logo
< >