Store Page
Garry's Mod>  Workshop > -Sev-'s Workshop
This item has been removed from the community because it violates Steam Community & Content Guidelines. It is only visible to you. If you believe your item has been removed by mistake, please contact Steam Support.
This item is incompatible with Garry's Mod. Please see the instructions page for reasons why this item might not work within Garry's Mod.
Current visibility: Hidden
This item will only be visible to you, admins, and anyone marked as a creator.
Current visibility: Friends-only
This item will only be visible in searches to you, your friends, and admins. 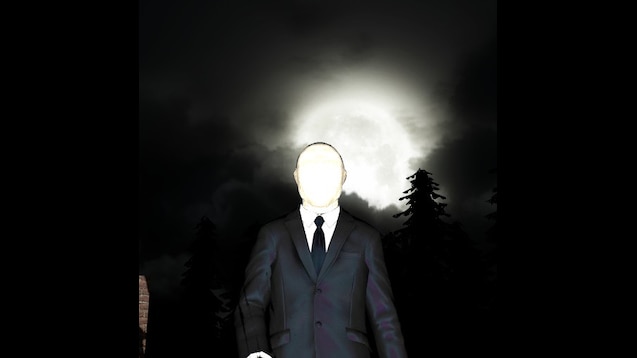 This item has been added to your Subscriptions. Some games will require you to relaunch them before the item will be downloaded.
Description
This SNPC is meant to scare you. It looks like Slenderman but had different traits, for instance instead of teleporting he walks ever closer to you, he has a few different sounds added in that aren't related but I think he will give you a good scare on any dark map.

By popular demand he can now run after you FASTER, 5 times as fast as before which is 5 times as scary!

If for some reason you cant see it in the Entities tab you might have a conflicting addon, it should be working. I would advise disabling addons that are giving errors or just disable all addons, re-enable essential addons and then selectivly re-enable addons until something breaks. Known incompatibilities exist between slenderman and Half-life Renaissance and Doom npcs.

Thanks to Constipated Pikachu for helping me test it and his knowledge of all things creepypasta, NECROSSIN for his base code on the scp-106 SNPC, and the Hidden: Source for some sounds.

EDIT: Thank you everybody, we broke 100,000 subscribers!
EDIT2: Thanks to Rezix for testing this, everyone having problems with the static overlay effect, a known fix is to delete your gmod folder after deleting local content from steam and reinstall.
Popular Discussions View All (3)

Other Slender Snpcs Ideas
General Who

JarinCZT Aug 30 @ 7:53am
▐░░░░▀█▄░░░
░░▌░▄░▐░░░░░░▀█▄░░ This is (Insert random name here)
░░▀▄▀░░░▄▄▄▄▄▀▀░░
Please stop asking people to copy and paste
Because This Trend Is Ridiculous.

Coacha Cola Aug 3 @ 8:44pm
There like one direction but all bald