Greenlight > Games > deathpat's Workshop
Greenlight is being retired. For more information on how to submit games to steam, refer to this blog post.
This item has been removed from the community because it violates Steam Community & Content Guidelines. It is only visible to you. If you believe your item has been removed by mistake, please contact Steam Support.
This item is incompatible with Greenlight. Please see the instructions page for reasons why this item might not work within Greenlight.
Current visibility: Hidden
This item will only be visible to you, admins, and anyone marked as a creator.
Current visibility: Friends-only
This item will only be visible in searches to you, your friends, and admins.
Daedalus - no escape
Description Discussions5 Announcements7 Comments204 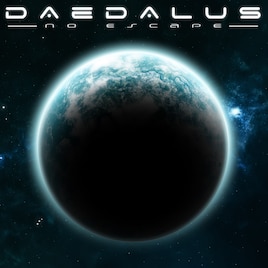 deathpat
Offline
See all 23 collections (some may be hidden)

View Daedalus - no escape in the store

Daedalus - No Escape is now available for purchase! Come and get it quickly to benefit from the launch discount of 10%.

Daedalus has been greenlit with the last batch and I would like to thank every single person who upvoted it. It's amazing and I'm really exited about the next steps.

I'm still working hard on the game, currently creating assets for the editors and the new maps.
I hope to have the game finished by the end of june, or maybe july, but I'm also considering putting the game to early access before that for a short period of time. Don't hesitate to tell me what you think about that in the comments ;)

Thanks again everyone, you are awesome! :)
Patrice.

Read More
Description
Release date: 2014 mid year
Daedalus - no escape is a pure action 2D top down shooter. It is inspired by games such as Quake 3 and Unreal tournament in terms of game modes and gameplay, and also by the old Alien Breed games for the top down 2D view.
The control scheme is the same as for a first person shooter, so if you like arena first person shooters you will love Daedalus !

Try it !
An alpha demo is now available for Windows, Mac and Linux ! It features:
Please note that this demo is not feature complete and quite old (October 2013). A new demo will be released in February.
Also as the internet server is located in France, you may encounter some lag playing outside of Europe. The final release will have servers in Europe and America.

About
Hi! My name is Patrice Meneguzzi, I'm not a studio, not even a small one, I'm just a software engineer that decided to create the game on his free time :)
I wanted to play a game like Daedalus for a long time but never saw it coming ... so I decided to make it. I've been working alone on this project since the end of 2011, and I take all the time I need to deliver a fun game .. I hope you'll like it!
You can find more infos on me and the game on the official website[www.daedalus-thegame.com].

Requirements
The game is running on Windows, Linux and Mac.
It requires on opengl 2.0 compatible graphic card.
After release, a demo will be available to ensure that Daedalus is running correctly on your machine.
Popular Discussions View All (5)

Daedalus' is a Quake ( 3 Arena ) like , indeed we find the same nervous and intuitive gameplay than an Unreal or a Doom , easy to play for zero blabla or time lost about the choice of weapons in menu !

So , this game is made for past your nerves of a bad day to kill bots or friends and destroy the environment , if you hate Cod or search an alternative game , just try it !

You can also check a gameplay of the demo here :

Don't forget to support the game if you like it !

deathpat  [author] Jun 27, 2014 @ 11:12am
@Hollywood: Indeed there are currently not enough fans of the game to have constantly players connected on the demo servers. Don't hesitate to talk about the game to your friends to bring new players in ;)

For the launcher can you tell me what version of the game you downloaded ? There were some bugs in the first version of the beta demo, but the latest one ( 0.8.11 ) should be fine. Also what is your operating system ?
If you downloaded the game from the official website you should already have the latest version and the patcher should not even try to patch :)
The official website:
http://daedalus-thegame.com/home.php

@ricardocasama: sorry but I don't plan to translate it. The game has no story or anything like this, so I don't think that english only is a real issue

@Sweatshirt: you should try the latest demo ;) http://daedalus-thegame.com/download.php

Daedalus - no escape has been Greenlit and is now listed in the Steam store. For the latest information, purchase options, and discussions for Daedalus - no escape, please see it on the Steam Store or in the Steam Community.
Visit Store Page
For more details Visit Community Hub
For latest discussions
If you really, really want to, you can continue to the Greenlight page. Information on this page may be out of date, since all the action has moved to the areas noted above.