Store Page
Starbound >  Workshop > RevvEmUp's Workshop
This item has been removed from the community because it violates Steam Community & Content Guidelines. It is only visible to you. If you believe your item has been removed by mistake, please contact Steam Support.
This item is incompatible with Starbound. Please see the instructions page for reasons why this item might not work within Starbound.
Current visibility: Hidden
This item will only be visible to you, admins, and anyone marked as a creator.
Current visibility: Friends-only
This item will only be visible in searches to you, your friends, and admins. 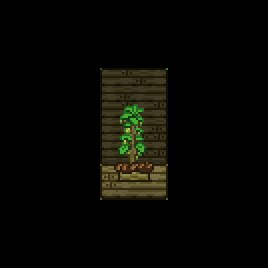 This item has been added to your Subscriptions. Some games will require you to relaunch them before the item will be downloaded.
In 1 collection by RevvEmUp
RevvEmUp's Crops

24 items
Description
A geneticist was tasked with creating a crop that can breathe air and water, and give the consumer enhanced swimming, while tasting good. Eventually after months of testing, he made a breed of lime purely because he wanted to say "This is... Sublime!" when he succeeds. The resources were later bought by Letheia Corp for their new drink; Reef-Cola.

This was made because of some dumb pun I thought of. You get 3 seeds at the Terramart, or Tabula Rasa, for 60 Pixels, and of course it can be planted in air and water. Feel free to suggest recipes.

Credits:
- kbrayaquar7 (Steam Workshop), for suggesting (jokingly, but I did it anyway) Coconut Sub-Lime Cocktail

RevvEmUp  [author] Apr 25, 2019 @ 4:17am
@gymnoitan No, it wasn't inconsiderate. Feel free to suggest anything, but I won't guarantee it'll be implemented. I'm a little busy at the moment and my game is slow as heck, so this may be a while.

Anyways, sorry for such a lousy, rambling idea. It was inconsiderate of me to even think it.

RevvEmUp  [author] Apr 24, 2019 @ 10:06pm
@gymnoitan For that to happen, one mod or the other needs to have the other to be required for it to work, and some people just want an amphibious citrus or a glowing stick at one time. I'll consider it.

gymnoitan Apr 24, 2019 @ 6:36pm
Is there a chance of a Laser Asparagus Homebrew Sub-Lime Cocktail? (Yeah, I pretty much stole the ideas from kbrayaquar7.)

Perhaps not. I'm not sure that it would taste good to very many people out there. Besides, I don't want to have a lawsuit on my desk.

Perhaps I should get out of the recipe business. I never have any good ideas.

Have a good night!