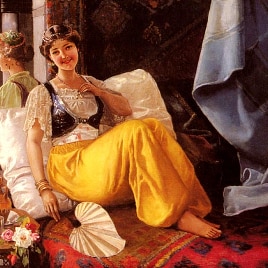 6 items
Description
This simple mod adds a decision that allows Muslims and members of other religions with polygamy to promote a secondary wife to their first wife.

The AI should not use this decision, but it can still switch first wives through events as normal.

The mod is fully localized into both French and German and semi-localized into Spanish. If you find any errors do let me know in the comments.

Special thanks to Slifer for providing the French translation.

COMPATIBILITY
This mod will disable achievements, but should be compatible with the vast majority of other mods.

SHAMELESS SELF-PROMOTION
If you like this mod, you might also be interested in Prisoner Marriage, a mod that allows you to marry a prisoner much like it's alread ypossible to take a prisoner as a concubine.

Finally, I'd be grateful if you could rate the mod with either thumbs up or thumbs down. The button for it is up just below the mod images. If you choose to vote it up please consider also clicking the"favorite" button to the side. The number of people who favorited the mod determines where it's put on the list of most popular mods.

As a aside, I've been using your Prisoner Marriage mod since it was released on Steam. Thank you for making it. Unless I'm playing a TC, it's always installed.

Dragatus  [author] Sep 24, 2020 @ 2:31pm
I haven't tested it with any total conversion mods, so I really don't know. My general expectation would be that it won't work, but maybe you get pleasantly surprised.

corisai Jul 2, 2019 @ 8:03am
Sorry for wasting your time - my problem wasn't related to your mod as I'm able to catch it for new heir without using your decision (and your mod don't change anything else, I'd checked). Seems it's either my mods or vanila issues. Sorry again, and than you for your mod :)
< >