Store Page
Garry's Mod>  Workshop > Remscar's Workshop
This item has been removed from the community because it violates Steam Community & Content Guidelines. It is only visible to you. If you believe your item has been removed by mistake, please contact Steam Support.
This item is incompatible with Garry's Mod. Please see the instructions page for reasons why this item might not work within Garry's Mod.
Current visibility: Hidden
This item will only be visible to you, admins, and anyone marked as a creator.
Current visibility: Friends-only
This item will only be visible in searches to you, your friends, and admins. 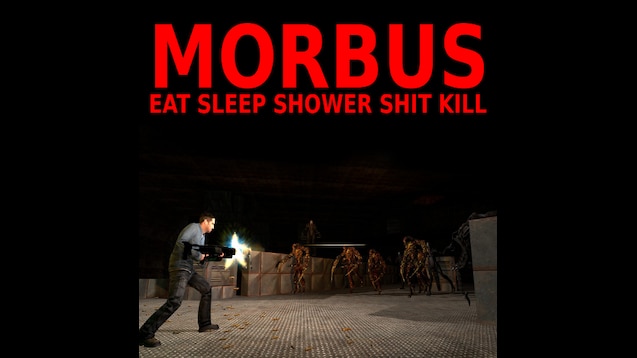 Remscar
Offline
See all 12609 collections (some may be hidden)

This item has been added to your Subscriptions. Some games will require you to relaunch them before the item will be downloaded.
Description
Morbus is a survival horror gamemode where players are either Humans or Aliens. The aliens have one objective, to infect all the humans. On the other hand the humans want to first, survive, and second, kill all the aliens. Morbus is very similar to the movie "The Thing" but in the form of a gamemode, if you don't know what "The Thing" is, it's like TTT and Zombie Survival mixed together. Morbus was originally based off of an old gamemode called Parasite, developed by IckyLevel.

PLEASE NOTE THAT FOR THE MAPS TO WORK YOU NEED TO GET THE ARMING FILES FROM THE MAP PACK ON MODDB!
http://www.moddb.com/mods/morbus

TO LEARN HOW TO PLAY:
http://morbus.remscar.com/ingame/guide.html


Want Morbus guns inside of sandbox? Check this out:
http://steamcommunity.com/sharedfiles/filedetails/?id=472829666
Popular Discussions View All (12)

probleme weapon on the map
Arthur_

Ell the Killer May 20 @ 8:12am
One Morbillion active players.

Sportadrop Jan 12 @ 5:52pm
I must ask, are the map arming files necessary? What do they do for the gamemode?