Keep Talking and Nobody Explodes 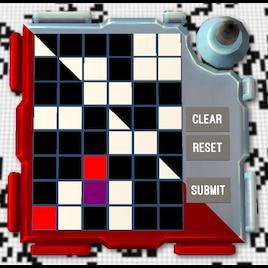 samfundev
Online
See all 31 collections (some may be hidden)

This item has been added to your Subscriptions. Some games will require you to relaunch them before the item will be downloaded.
Description
About
A pair of modules based on Conway's Game of Life, featuring a cruel version for extra challenge.

Original Mods:
This mod replaces both of the following mods and isn't compatible with them. You will need to unsubscribe from:

Eotall Jun 3, 2018 @ 12:54am
Hi samfun and the community!
I've unfortunately lost control of my discord account, and have been away from Ktane for quite some time.
I'm so glad that you've decided to develop my rather brute mod further, thank you so much for that! I look forward to testing it out when I find the time and team for it.
This community is freakin great!

samfundev  [author] May 20, 2018 @ 7:32pm
Unfortunately the original author hasn't responded to requests to fix their module so I've had to resort to making a seperate mod.