Store Page
Arma 3>  Workshop > Smootch's Workshop
This item has been removed from the community because it violates Steam Community & Content Guidelines. It is only visible to you. If you believe your item has been removed by mistake, please contact Steam Support.
This item is incompatible with Arma 3. Please see the instructions page for reasons why this item might not work within Arma 3.
Current visibility: Hidden
This item will only be visible to you, admins, and anyone marked as a creator.
Current visibility: Friends-only
This item will only be visible in searches to you, your friends, and admins. 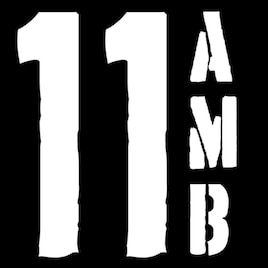 Smootch
Offline
See all 30 collections (some may be hidden)

This item has been added to your Subscriptions. Some games will require you to relaunch them before the item will be downloaded.
Description
11th Airmobile Brigade (Netherlands)
This is a rapid and light infantry unit from the Dutch army.
They are the Red Berets from the Netherlands.
11 Air Manoeuvre Brigade is known for its ability to be rapidly deployed and its mobility.
Using light land vehicles and air assets (Helicopters & planes).

This is a retexture from the arma 3 vanila units using only CBA_A3 and COLT C7NLD/C8NLD Weapons as dependency.
Names has been changed to mimic the original names of the gear/weapons they use.
I used the fennek as we don't have the Bushmaster in ArmA3 vanila.

There is a CUP Optional pbo in the optional map that gives a few more vehicles in the mod if you use the CUP mods.
For now it's just the Helicopters (AH-64D, CH-47D/F, Cougar Camo/Grey) but it's on my ToDo list for adding more.


The mod comes in:


If you have any bugs or mistakes leave a message