Store Page
ARK: Survival Evolved >  Workshop > sT!ngA's Workshop
This item has been removed from the community because it violates Steam Community & Content Guidelines. It is only visible to you. If you believe your item has been removed by mistake, please contact Steam Support.
This item is incompatible with ARK: Survival Evolved. Please see the instructions page for reasons why this item might not work within ARK: Survival Evolved.
Current visibility: Hidden
This item will only be visible to you, admins, and anyone marked as a creator.
Current visibility: Friends-only
This item will only be visible in searches to you, your friends, and admins. 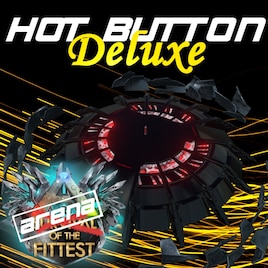 sT!ngA
Offline
See all 54 collections (some may be hidden)

This item has been added to your Subscriptions. Some games will require you to relaunch them before the item will be downloaded.
Description
The "Survival of the Fittest"-Style Mod: Hot Button (Deluxe) - Arena of the Fittest

This mod adds a Hot Button (Deluxe) to the Game.
It is a "Survival of the Fittest"-Style-Mod, so you can play a SotF-like gameplay on a map and with the mods of your choice.
It is not completly finished yet, i am testing this mod before every new version, the Mod is stable, but some functions may change or be removed without warning during updates.
Eventually there are some bugs, so please report them in the bug-discussion-thread if you find them. :)

Please Note:
This mod was made for BEAM's ARK ULTRA ARENA - thinking and creating a mod and a game-format takes some time. A 100% copy of "Beam's ARK ULTRA ARENA" game-format (on YT or Streaming-Services) is not welcome, so please think about creating your own format around this mod if you like to use it for that.
Here is a link to his YT-Channel: Beam

Content shown in the trailer
The shown dinos and/or items in some of the trailers are part of other mods like Eternal, Primal Fear, Speed Glider and so on.

General Informations
The Hot Button can't be crafted anyway.
You have to spawn the Hot Button by an admin command (see below) and place it on your map.
The Hot Button works a like a "Survival of the Fittest" Gamemode.
The owner can use the hole Settings interface and all functions ingame to customize the game flow.

It can be used for many gameplay reasons, like arena fight, fully automatic server mode, single arena mode, and everything you can imagine as PvP battle where one player has to push the button to win.
The goal is, that only the last man standing should be able to trigger the button, because everyone will attack him, if he gets near the button.
The way to get there, has many sideways, so lets get to the functions.

Included functions:
I am sure i forgot something, but you will find out anyway ...

Known bugs:
none, if you find some, please report them!

Console Commands - Description:
Help - shows all commands ingame
Config - Opens the Interface
Start - starts the Timer
StartAutomatic - starts the match automatic
Final - tiggers the Final
Reset - resets the Button
ONS - toggle start the Timer "On Next Serverstart"
Win - you win the Final immediatly (you **** cheater ...)
Destroy - destroy the Button on your map
Goto - teleports you to the HBD

GameUserSettings.ini
Insert this lines to add spawn items (no limit), you have to set the amount to your number of items, quality, equip and blueprint are optinal:

Insert this line to add forbidden playernames (note: use [HotButtonDeluxe] only once in the GUS.ini):

If you want to support me or want to donate, feel free to use this button