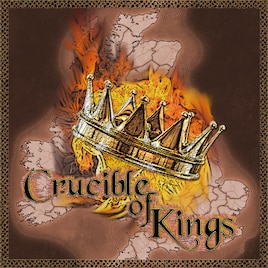 RobbStark
Online
See all 38 collections (some may be hidden)

This item has been added to your Subscriptions. Some games will require you to relaunch them before the item will be downloaded.
Description
This overhaul mod seeks to provide a more challenging, slower, historical experience. This is a early WIP version with a new Vassals & Titles system, some campaign changes and basic battle changes. From some of the modders who created Divide et Impera for Rome 2 and Fall of the Eagles & Europa Perdita for Attila, this overhaul will have a similar focus but will be smaller in scope and implementation than those larger works.

Vassals, Claimants & Titles System
- Governors are now Vassals and gain titles from ruling a province.
- Faction leaders and Heirs also have their own titles.
- These titles are different for each culture type and location.
- When a governor loses his province, he becomes a Claimant for the title. If he regains it, he will regain the title.
- Vassals have increased influence, Claimants have reduced loyalty.
- Vassals can level up over time to become more influential.

Campaign Changes:
- Season effects added for provinces
- Small minor town garrisons added (1 at tier 1 + 1 per level, levy only)
- All factions can now loot cities when taking them
- Increased chances for random invasions, especially in later game.
- Rebalanced war fervor system
- Increased building cost/time and technology time
- Increased AI bonuses to help them out a bit
- The supply and food systems are a bit harder and have more of an impact, as does raiding.
- Increased various negatives from bankruptcy, fame levels, and low food.
- Increased diplomacy negatives from cultural differences.
- Increased AI aggression levels and army budget allocation.
- Various other changes to increase the challenge and slow down the campaign a bit.

Mod Compatibility
- Make sure to set battle difficulty to Normal or stats will be very off.
- Currently compatible with startpos mods (TPY mods) and mods that don't change any of the specific campaign changes we have right now. So, if you want to try 12TPY it will work with this mod. This may change in the future if we have to edit the startpos.
- Not recommended to use other battle or unit mods with this mod or you will get strange results.

Recommended Mods
Any of RobbStark's variation mods should be compatible.


This is a long term project and this is a very early WIP version, so we appreciate any feedback.
< >
390 Comments

Corporal Quack Dec 30, 2019 @ 5:38pm
I have the battle difficulty set to normal as advised, but my armies are crushing everything in their path. Battles are way too easy. Is there something I'm missing? Level 1 levy axes/spears are beating enemy level 3 levie axes/spears with little or no casualties.

RoWar Nov 9, 2019 @ 4:08pm
@lorenzo: are you using the english localization of the game?
Missing text from mods is a common issue with non-supported languages.

Zoltan Sep 28, 2019 @ 11:12am
Hi Dresden,
great mod again, thank you. My questions:
1. can it work together with Manic's Expanded Factions?
2. do you plan to expanse Crucible of Kings with plus factions?
Thank you.

Emnon Aug 21, 2019 @ 10:19am
Is there any way to give all factions an option to diplo-annex other factions from the same culture?
Including Vassals, of course. As it is now, you can only annex non-vassals wich is illogial, ahistorical and a major nuissance in game terms.
< >