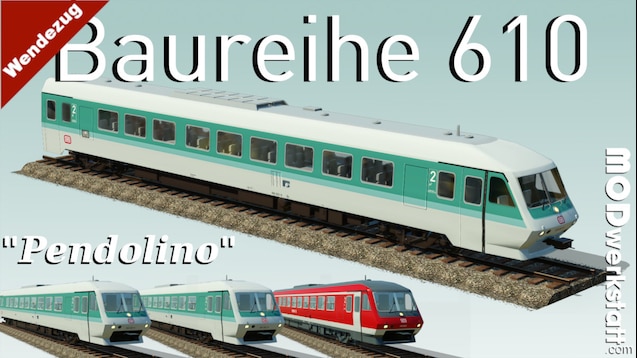 The class 610 was a two-sectioned diesel rail car and also known as "Pendolino" (the technic was supplied by italian company Fiat Ferroviaria). They have been very reliable in service but still had only a lifespan of 20 years. They have been maintained in Nuremberg and Hof and got retired end of 2014. Reasoned by services have been taken over by class 612 and the coaches had not air condition.